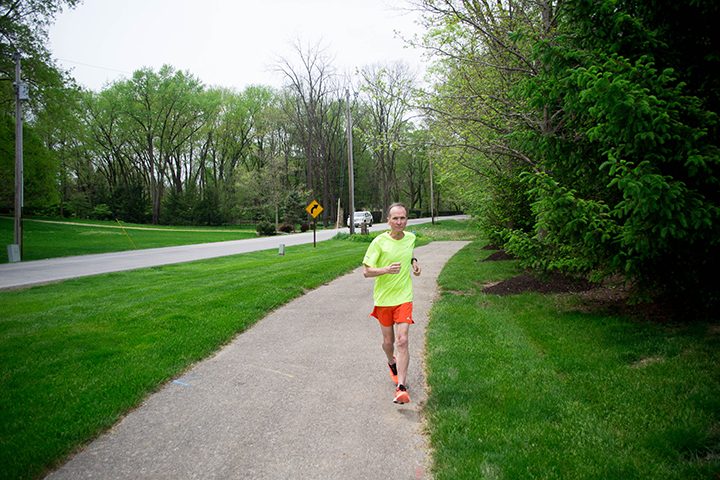 Terry Hannigan was inspired to run for exercise when his brother, Matt, urged him to try the 12-minute aerobic challenge.

“I started running because my brother was a runner, and I was a little overweight,” Hannigan said. “I was always a cyclist, and I still am, so my brother challenged me to do the 12-minute test from a book called ‘Aerobics’ by Dr. Kenneth Cooper. You go on a track for 12 minutes  and get as far as you can go, and that will tell you your base level aerobic capacity and gives you a plan to improve.”

Hannigan wasn’t impressed with his time, so he began running 2 miles three times a week. Gradually, his distance increased to 6 to 10 miles a week. He ran his first OneAmerica 500 Festival Mini Marathon when the race began in 1976. He said what’s kept him in the running game for nearly half a century is stubbornness.

The 66-year-old Fishers resident will run his 41st  Mini Marathon May 6. He has participated in all the Indianapolis Minis but failed to finish three times because of sickness or injury. One year, he had walking pneumonia and still participated.

Before he retired, Hannigan served as chief operating officer  for VA Medical Center, a job that took him to serval different states, including Illinois, South Carolina and Georgia. He still returned to Indianapolis each year to run the Mini Marathon. Hannigan returned for the Mini for approximately 19 years before moving to Fishers in 2005 to be near his family.

“Once you realize you have a string, you don’t want to break it,” he said of his committment to the Mini.

Hannigan has completed one full marathon (in Carmel in 1979)  and many 5K and 10K races. His average Mini Marathon time ranges between 1 hour and 25 minutes to 2 hours and 1  minute.

Hannigan doesn’t encourage everyone to run, does stress the benefits of aerobic activity.

“I don’t push running as the best sport for anyone,” he said. “I think walking is the best. The big key is to start and stay active. Once you stop, it’s more difficult to start. Running or walking or cycling or swimming or whatever, just staying active I think really keeps you going.”

Hannigan and others who have ran the majority of the Mini Marathons are recognized as alumni members upon reaching the 25 race milestone.

“None of us tend to run together,” Hannigan said. “There are people from different backgrounds. Our real only basis of relationship is the Mini.”

Hannigan’s wife, Ann Ricciardelli, if a familiar face at the all the Minis. She doesn’t run but can be found on the sidelines cheering for him and yelling his name.

“It’s a very big deal,” she said. “I do like cheering him on. I like cheering all of them on. I always wait and look for Terry. It’s a big part of Terry’s life, so it’s part of mine, although you’ll never see me (running) out there. They have clackers and bells and things there. I always yell his name when I see him go by. He’s amazing. He has amazing determination.”

In his lifetime, Hannnigan estimates he has run more than 100,000 miles. 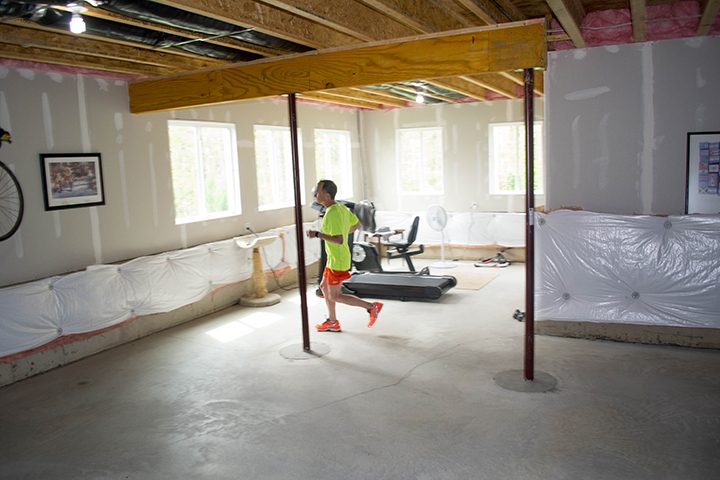