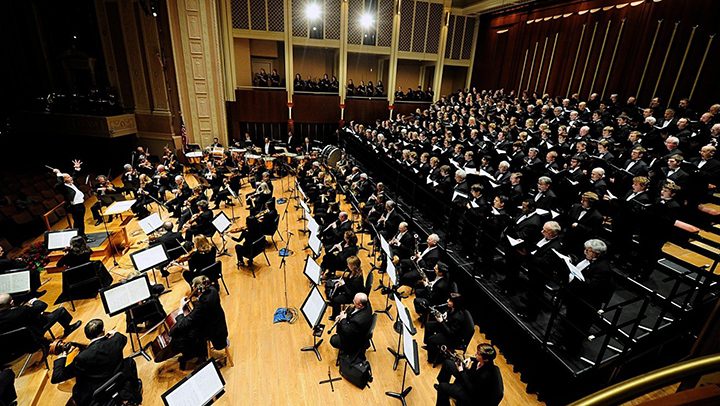 The Indianapolis Symphonic Choir has announced the eighth annual Christmas Carol Commission Competition as part of its commitment to the future of choral music. Submitted works must be original, unpublished, and have not been publicly performed; between 3 and 5 minutes long; written for SATB (divisi is acceptable), mixed adult choir; and may be a cappella or utilize keyboard accompaniment. Text and language are at the discretion of the composer, and should be suitable for a Christmas/holiday performance.

Recent commissions by the Indianapolis Symphonic Choir include works by composers Mohammed Fairouz, Molly Ijames, Dan Locklair, James Mulholland and others. Winners of the Commission Competitionhave been published by these and other publishers: EC Schirmer, Shawnee Press, Beckenhorst Press.

“Inspiring composers to create new, beautiful choral music is among the greatest obligations of a leading chorus today,” stated Artistic Director Eric Stark. “Elementary as it may appear initially, we are wise to remind ourselves that all music was once new. It is imperative that recognized musical institutions like theIndianapolis Symphonic Choir are at the fore of commissioning new works, consistently expanding the body of choral music.”

“With more than 35 million Americans singing in a chorus, more people participate in choral music than are involved with any other art form,” stated Executive Director Michael Pettry. “Bringing to life a new work for chorus is an avenue to reach a large, impressive number of artists and audiences alike.”

Composers 35 years of age or younger (as of December 1, 2017) who are United States citizens or legal residents may submit one composition via email (PDF) to the Indianapolis Symphonic Choir by 11:59 p.m. (EST), Aug. 31, 2017. Compositions must be in PDF format and emailed to commission@indychoir.org. No consideration will be given to entries received after the deadline. Submitted materials will not be returned. Questions may be emailed to commission@indychoir.org. There is no entry fee, although a submission form must accompany the composition.

Further requirements include: the text should be suitable for a Christmas or holiday (secular texts are permitted) performance, and the text should be from a non-liturgical tradition (for example, contemporary poetry) or verse (secular or sacred), hymn texts and the like are permitted, while texts such as “Ave Maria,” “Gloria” or “Hodie Christus Natus Est” are discouraged.

The winner will be notified by September 30, 2017 and the selected composition will be performed by theIndianapolis Symphonic Choir at its five annual Festival of Carols performances in Indianapolis.  A cash prize of $1,000, plus travel and lodging for the world premiere in December 2017, will be awarded to the winning composer. Full details are available at indychoir.org.