You are at:Home»Current in Carmel»Carmel Community»Basiles encourage others to travel the world 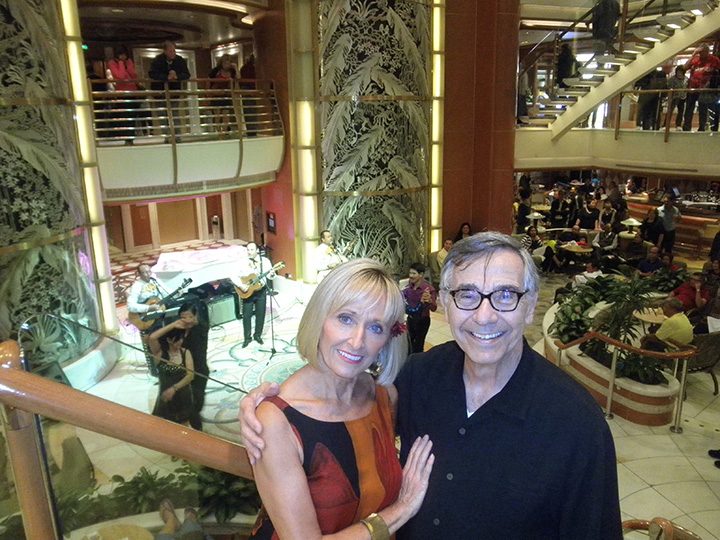 Katrina and Frank Basile on a trip to Oaxaca, Mexico. (Submitted photo)

Frank Basile and his wife are true world travelers.

Basile is in the process of updating a book he wrote, “Traveling with Frank and Katrina,” in 2011.

“At the time I wrote the book we had been to about 175 countries,” Frank Basile said. “We’ve now been to about 200 countries (about 150 together). The book contains anecdotes about the experiences we’ve had. Some of it was traveling on the edge because we did a lot of traveling on our own. We went to Saudi Arabia, Iran and many places that were kind of on-the-edge traveling.”

Basile is the Indiana coordinator of the Travelers’ Century Club, designed for travelers who have visited 100 or more countries.

“However, since I started this chapter I opened it up to people who traveled a lot,  even if they haven’t been to 100 countries because we don’t have enough people to attend a meeting here if we just held it strictly to those who have been,” he said.

Basile, an Indianapolis northside resident, said likely half the club’s members are from Carmel.

Kevin Hughes, a former president of the Travelers’ Century Club, will speak at the event noon to 3 p.m. May 6 at Seasons 52, 8650 Keystone Crossing, Indianapolis. Hughes will discuss visiting Antarctica.

Basile’s book is available in the Basile Gift Shop at the Palladium in Carmel and the Frank and Katrina Basile Museum Store at the Eiteljorg in Indianapolis.

Basile said most of the interest in the book would be from people who know the couple.

“I write a quarterly travel column for the (Indianapolis Business Journal), and a lot of it is a compilation of many of those travel articles,” said Basile, who added the book is available on ibjbp.com

“This is for people deep into travel, otherwise they would be bored to death,” Basile said.

Basile said the most interesting place he visited is Bhutan because it is so pristine.

“They don’t have a lot of visitors that go to this Himalayan country,” Basile said. “They restricted the number of people that come in, and they charge their people each day who want to visit. “