You are at:Home»Current in Geist»Swing time: Heartland Big Band finds home at the Fort 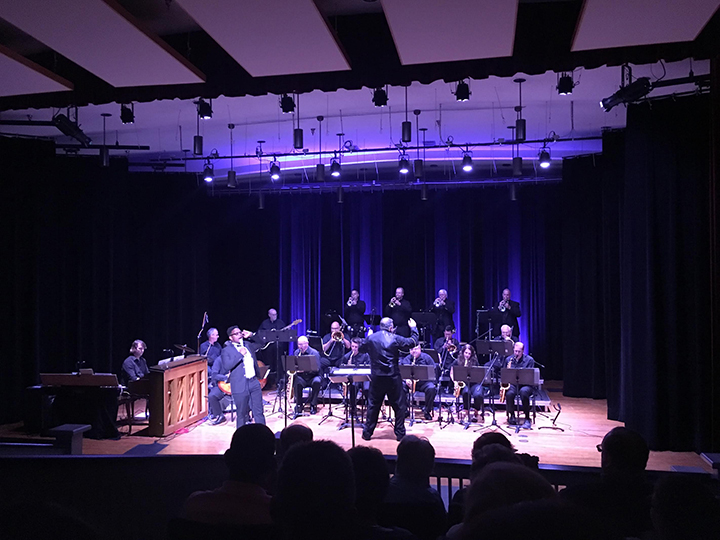 The Heartland Big Band will perform May 5 and 6. (Submitted photo)

The Heartland Big Band has settled nicely into its new home. 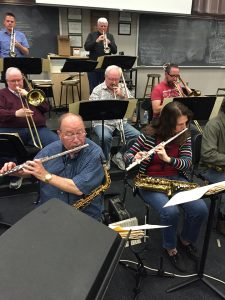 The jazz band, which previously played at Madison Park Church of God in Anderson for several years, made its first appearance at Theater at The Fort, 8920 Otis Ave., Lawrence in May 2016.

“We wanted to grow the audience base and felt there was an opportunity and need to grow it in Lawrence,” said Randy Greenwell, secretary of the band’s executive board.

The band will perform a tribute to George Gershwin, called “Gershwin by George!” at 7 p.m. May 5 and 6. It’s part of their “Swingin’ at the Fort” concert series.

Scott Lutterman, the artistic director, said there will be an 18-piece band with two vocalists, Quentin Beverly, a Lawrence Central High School graduate, and Kaitlyn Williams.

“We’ve just completed our first successful year there,” Lutterman said. “We’re going to continue through another season through 2019.”

Lutterman, a Zionsville resident, said the band has been together since 2004.

“We have professionals from all over central Indiana, mainly from Indianapolis and surrounding areas that make up the band,” Lutterman said.  “Most of the guys are in music and make their living playing.”

The band has set itself up as a nonprofit. 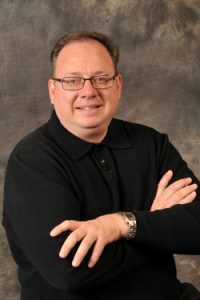 “We operate just like symphony bands do, like the Indianapolis Symphony Orchestra,” Lutterman said. “We have a board of directors. We have a funding plan. We have a concert series. Instead of focusing on the classical music, we focus on the big band music to try to make that a venue for people that like big band music.”

Some of the Gershwin songs the band will play are “Embraceable You,” “I Got Rhythm” and “Strike Up The Band.”

There will be a rendition of “Rhapsody in Blue” in big band-style.

“I like any of the music in the big band idiom,” Lutterman said. “Any time we can feature a Great American Songbook musician, we do. We also do Duke Ellington, Glenn Miller, Cole Porter and Hoagy Carmichael.”

Greenwell, a former Lawrence Central High School teacher and band director, has played trumpet with the band since 2004.

“We’ve certainly done his music quite a few times,” Greenwell said of Gershwin. “It certainly has an interest because it’s such a great part of the American Songbook. It’s usually a pretty popular concert for us.”

For Randy Greenwell, it was the perfect way to bow out. 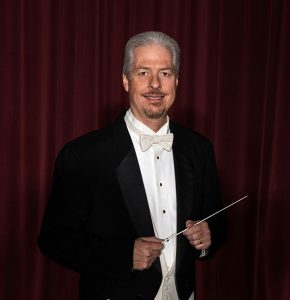 Greenwell, 55, spent 32 years as a teacher, including 24 years at Lawrence Central. He guided Lawrence Central Marching Band to four Indiana State School Music Association state titles and nine runner-up finishes. He took a job with Conn-Selmer as educational support manager for the central region instrument. Conn-Selmer, headquartered in Elkhart, is the leading manufacturer and distributor of musical instruments for student, amateur and professional use.

“I think it was time for a change,” said Greenwell, a Pendleton resident. “This is affording me the opportunity to do a lot of clinic work. That’s why I’m excited about the opportunity with Heartland to be able to work with high school kids and offer them opportunities to pursue their love for performing jazz music and giving them an opportunity and another outlet aside from their regular school situation. This gives me the opportunity to still serve in a teaching capacity of some sort without being a full-time teacher, which is nice.”

Greenwell said the band is in the process of developing an educational series to help outreach to school kids and give them opportunities to work with professional musicians.

“We’re going to try to do All-State Band with high school youth in the area and bring in a guest artist to perform with them,” he said. “We’re also going to attempt to do a side-by-side concert similar to what the ISO (Indianapolis Symphony Orchestra) attempts to do with its side-by-side (program). We’d have kids audition, and they have the chance to sit in with the band.”

Greenwell plans to propose some dates at an upcoming board meeting.

“It’s tough because you don’t want to interfere with school program, so finding the best dates is going to be a challenge,” Greenwell said. 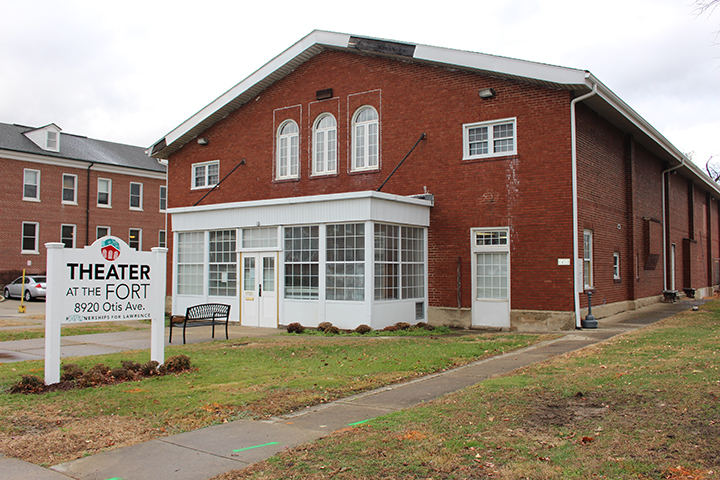 Where: Theater at the Fort, 8920 Otis Ave., Indianapolis.

Site: The theater at Fort Benjamin Harrison opened in 1929, showing movies and band performances for military members and their families.