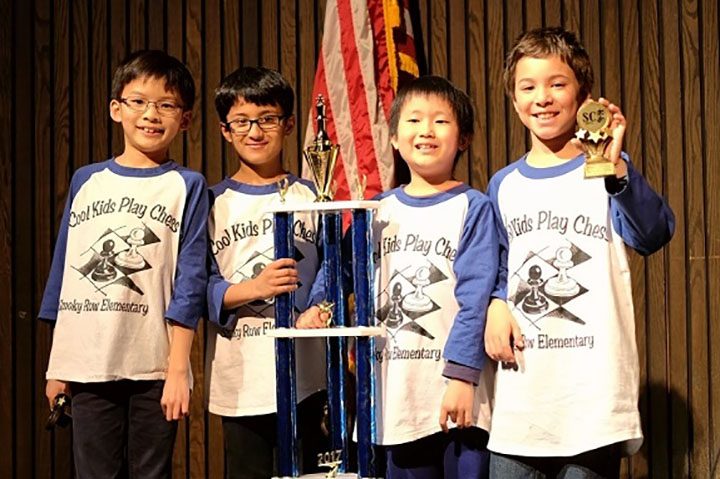 Each of the boys learned to play around the age 5.

“Our chess coach never had a team that won a state championship,” Poduval said.

The boys had never played in a team tournament prior to the event. Coach Aaron Dean felt the team had a good chance to win when it first formed.

“We were really happy, because no one really knew us,” Lim said.

The students competed against 54 other teams. Each team consisted of four players and played six matches.

“Our team together got 5 1/2 points, so we got five wins and tied Cantebury School on the last match,” Kim said.

Chen served as the team captain, which meant he had to watch every match his team played.

“Whoever is board one is the captain,” Chen said.

The boys love the strategy behind the game.

The boys practice together once a week but also practice at home.

Smoky Row also has a Chess Team B, which is learning from Team A.

Their coach, teachers and parents are proud of their accomplishment.

Each boy wants to continue playing chess in the future.

“I want to be the world chess champion,” Poduval said.