You are at:Home»Current in Carmel»Race for the Cure personal for Telamon employee

Jordan Kinsler’s commitment to Race for the Cure is deeply personal.

When she was 8 years old, Kinsler lost her mother, Joyce Lynn Aguirre, at age 39 to breast cancer. 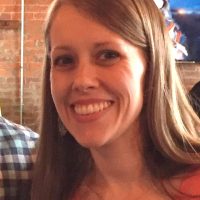 “My father (Michael Aguirre) and I got involved in it back in 2003 in the Race for the Cure in San Antonio, where I’m from,” Kinsler said. “I moved to Austin and was involved there. Then I moved here about three years ago.”

Kinsler, 32, and Sunny Lu Williams are co-captains of Team Telamon. Both work for Carmel-based Telamon and are Noblesville residents.

Kinsler’s husband, Blaine, also will participate. Kinsler said she might do the one-mile family walk with her 7-month-old daughter, Parker, in a stroller.

“I think about my health and being there for her,” Kinsler said.

Williams is a Komen Central Indiana board member. Kinsler wants to raise $1,000 personally. The team is trying to increase numbers and surpass its of $1,500 before the Komen Central Indiana Race for the Cure starts at 9 a.m April 29 at Historic Military Park at White River State Park in Indianapolis. The competitive 5K run starts at 9 a.m. with the 5K walk/run at 9:10 a.m. and a one-mile family walk to follow.

“Breast cancer runs in my family,” Williams said. “More recently a sorority sister passed at the age of 34 from breast cancer.  When she was diagnosed, she was already stage 4. Prevention and education needs to start younger and be more pervasive.”

Lu said the goals are more focused on Telamon involvement and employee education.

Lu started participating while an undergraduate at Purdue University. She said she has consistently attended the Race for the Cure in Indianapolis the last 14 years.

Kinsler likes that Race for the Cure is a national event, so participants can be in a race wherever they live.

“It’s thousands of people coming together at the same time for a good cause,” Kinsler said. “People can honor a family member or a friend.”