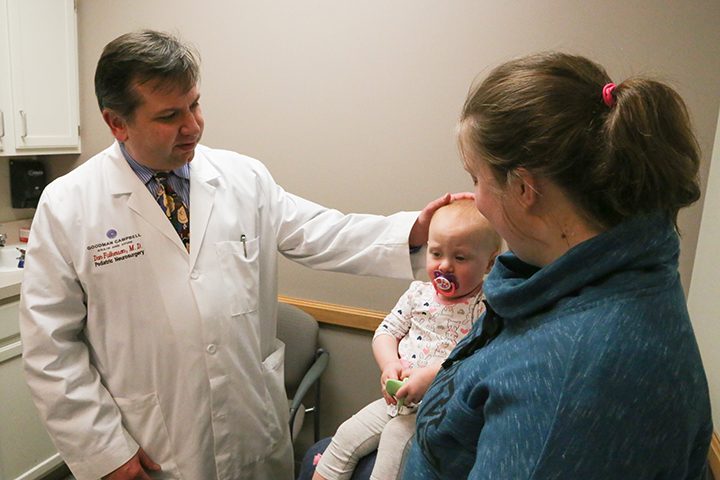 Neurosurgeon Andrea Scherer wasn’t surprised when she found out one of her colleagues was working on a book about his career. After all, she’d been entertained by Dan Fulkerson’s anecdotes many times before.

“He’ll tell us stories about patients or things that have been done in the past by other neurosurgeons while we’re operating during more mundane parts of the case,” Scherer said.

Fulkerson, an associate professor of neurological surgery at the Indiana University School of Medicine, released his first book, “Nothing Good Happens at … The Baby Hospital,” in late 2016. The 365-page autobiography explores the Zionsville resident’s unlikely journey to pediatric neurosurgery and chronicles some of the memorable characters – colleagues and patients – he’s met along the way.

Fulkerson, 47, hopes the story will appeal to those in the medical profession as well as readers who don’t know anything about it. He aims to provide a glimpse of the ups and downs of a typical day of a pediatric neurosurgeon.

“Nothing feels better than having a kid in a bad situation and being able to help them. At the same time, if there’s a kid we can’t help, there’s nothing more devastating than that,” Fulkerson said. “One of the things I want the reader to feel is that emotion, to laugh at times, to feel joy at times, to feel some heartache at times, to go through that roller coaster of emotion we experience every day.” 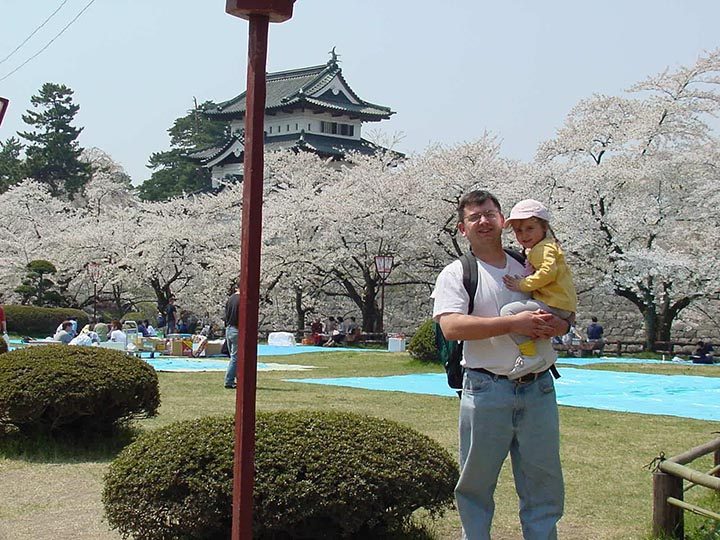 Dan Fulkerson holds his daughter, Emma, 3 at the time, at Hirosaki Castle in Japan. The family lived overseas in the early 2000s when Fulkerson served in the Air Force. (Submitted photo)

Growing up in Warsaw, Ind., Fulkerson dreamed of becoming a military pilot, but those plans came to an end when an eye defect – one that doesn’t impact his vision, he said – made him ineligible.

So instead, Fulkerson went to Notre Dame to pursue a degree in engineering. During his junior year he decided to work with local emergency responders “on a whim” and loved watching them in action. He joined the U.S. Air Force and spent several years as an emergency room doctor in Japan and elsewhere.

Fulkerson returned to Indiana to continue his medical training in 2003, moving into Zionsville’s Royal Run neighborhood at the advice of William Gill, a longtime friend from medical school who also lived there.

Both men now live elsewhere in Zionsville, but their friendship has remained strong. Fulkerson asked Gill, a cardiologist, to read an early version of the book and provide feedback throughout the publishing process.

“His style of writing is like him. He’s kind of witty. He’s kind of funny, (with) this dry sense of humor at times, making people laugh out loud. I found myself doing that during the book,” Gill said. “He’s also very touching, and his passion comes out in writing his book.”

“A lot of the stories kind of write themselves,” he said.

A typical day in the office exposes Fulkerson to patients facing “unbelievable challenges,” he said, some whose cases have happy endings. Others aren’t so fortunate. Fulkerson sought to delicately balance the highs and lows of his story to keep readers engaged.

“A lot of the books about medicine are people who are either bragging about themselves or things that are so sad it’s hard to make it through,” Fulkerson said. “I wanted to write something that would have people laughing at times.” 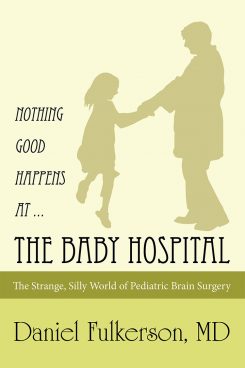 Daniel Fulkerson chose to change the names of people in the book to protect the identities of the doctors and patients who inspired the stories. But he made sure to send the main characters a rough draft before publishing to see if there was anything they didn’t want included.

“It was always surprising to me what things people did or did not want in,” Fulkerson said.

Bill Gill plays a big role in “Nothing Good Happens at … the Baby Hospital,” and he said there’s only one part that he wishes “didn’t make it in the book.”

“I think the book was representative of everybody,” Gill said.

Neurosurgeon Andrea Scherer doesn’t appear as a character, and she’s fine with that. She provided editing help and feedback along the way and said Fulkerson has expressed interest in interviewing her for a fictional book he’s writing.

Fulkerson said he hopes to publish another book someday. 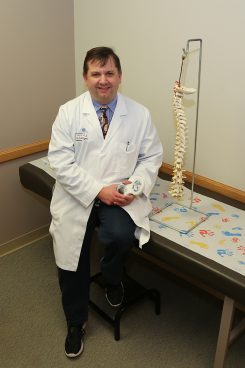 Favorite vacation location: Couch in front of the TV

Motto to live by: “Never tire of doing what is right” (2 Thessalonians)