You are at:Home»Night & Day»Entertainment News»“Dial ‘M’ for Murder” opens at the Indiana Repertory Theatre April 25 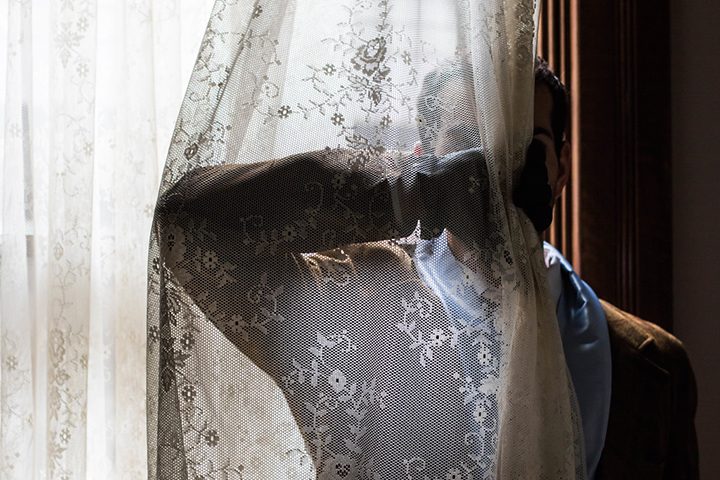 Director James Still knew the look and feel he wanted for the Indiana Repertory Theatre’s season-closure “Dial ‘M’ for Murder” and challenged his set design team to the task. The artist-in-residence envisioned a production in which the characters felt as if they inhabited a lush Technicolor world of early ’50s American cinema.

Inspired by Alfred Hitchcock’s thriller, playwright Frederic Noll’s “Dial ‘M’ for Murder” opens April 25 for a run through May 21 on the Mainstage. The suspenseful production reveals what happens when a murder plot goes wrong.

In an era of Dior’s New Look when women were excited to dress more extravagantly and colorfully after World War II, the team used the opportunity to convey the character Margot’s wealth and polish.

“As a design team, we’ve worked carefully together to craft a world that feels very heightened and tense, as befitting the suspense of the play,” Dorman said. “It’s set in 1952.  With Margot our only female character, it’s a great opportunity to contrast the femininity of her character with the men who both threaten and protect her.”

In the musical landscape, Jones said it was about finding a world of romance and suspense that feels heightened but natural at the same time.

“There’s a style to movies from the early ’50s that’s really unafraid of showing emotion, and the music really has to capture and support that uninhibited expression,” Jone said.
Pulling from Hitchcock’s canon of suspense films, while nodding to film noir’s distinctive graphic qualities, IRT places the action in an elegant, Hollywood-esque London apartment.

“The upper surround sits above the apartment, separate but echoing its architecture,” Sutton-Johnson said. “Projected images and Hitchcock-inspired close-ups will illuminate this surface, helping us drive the suspenseful and more intricate plot points of the story.”

What: Dial ‘M’ for Murder

Expected Run Time: About 2 hours, plus one 15-minute intermission

Age: Recommended for patrons 6th grade and above