You are at:Home»Current in Carmel»Carmel Community»Browning Investments planning 14-building office park in Carmel 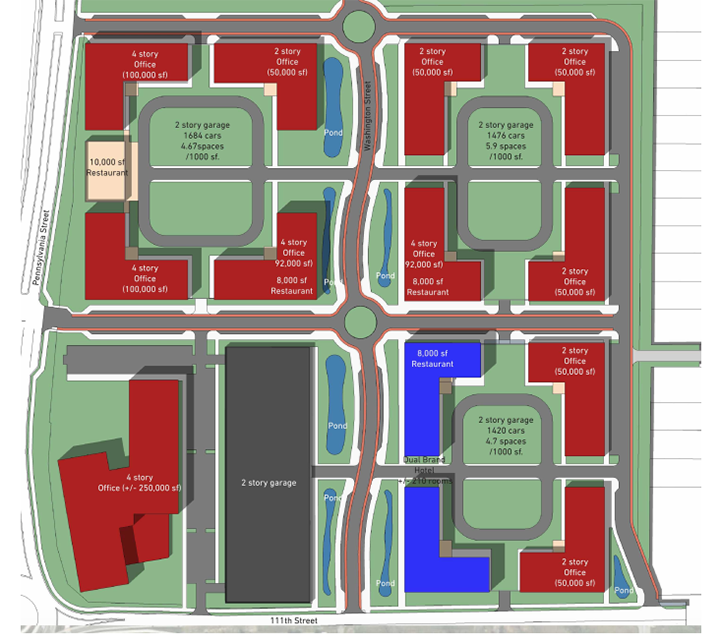 Browning Investments is working on an office park in Carmel that would rank as one of the largest in the area.

The Indianapolis-based company is planning 14 buildings on 30-plus acres at the northeast corner of 111th and Pennsylvania streets. It would include four two-story parking garages. Each would fit more than 1,000 cars, according to submitted plans. At least four restaurants would be incorporated into the office park and a hotel is also in the plans. One of the restaurants would be stand-alone and have more than 10,000 square feet of space.