You are at:Home»Current in Zionsville»Zionsville woman supports Race for the Cure in memory of friend

“You hear about a disease affecting people, but when it happens to someone in your inner circle, it hits home,” said Brooks, a Zionsville resident. 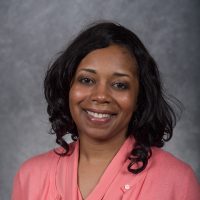 “When I watched Dr. Neal go through this struggle, just the fact that she was close to my age, an African-American mother of three like me, it hit home hard,” Brooks said. “While she was battling breast cancer, there were several efforts to support her with Susan G. Komen, raising awareness and raising funds.”

Brooks, 48, is in her second year as team captain for Team Delta, the sorority’s team, in the Komen Central Indiana Race for the Cure set for April 29 at Military Park at White River State Park in Indianapolis. The competitive 5K run starts at 9 a.m with the 5K walk/run at 9:10 a.m.

Brooks said it’s motivated her to encourage others to get regular mammograms.

“You’re supposed to do it, and it’s the right thing to do, but her losing her battle motivated me to step up and get the word out and motivate others,” Brooks said. “Since then I watched another close friend go through the early stages and go through a double mastectomy. She said she didn’t want to take the chance of her daughters being without her, and I was by her through her experience, too.”

Brooks said participating in the race is setting a good example for her three daughters. Two of her daughters, Kara, a senior, and Dallas, a freshman, are on the Zionsville Community High School track team. Her oldest daughter, Maya, a 2014 ZCHS graduate, is away at North Carolina A&T.

Her husband, David, doesn’t run but helps the team set up the tent with refreshments and encourages team members as they go by.

“We call him our honorary Delta,” Brooks said. “I couldn’t do it without him.”