You are at:Home»Current in Fishers»Hamilton Southeastern Future Farmers of America awarded grant 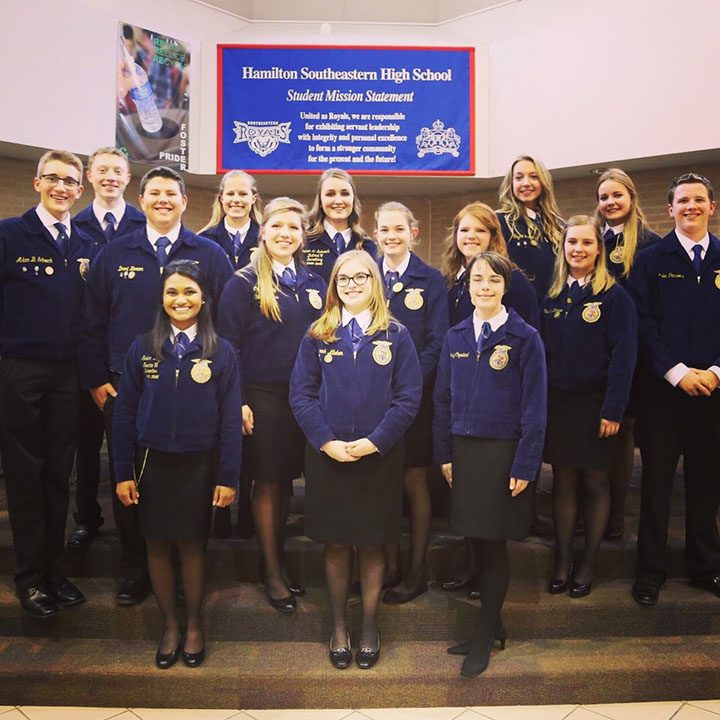 Hamilton Southeastern’s Future Farmers of America chapter was recently awarded a grant in the amount of $2,500. America’s Farmers: Grow Communities grants are sponsored by the Monsanto Fund to support rural farming communities. The program began in 2010 and allows local farmers to nominate groups that are making a difference in their local farming community.

“I have two daughters who were members of the FFA at HSE. Both served as presidents of the FFA,” Boone said. “The FFA was instrumental in my daughters’ lives and careers. I was instrumental getting the adult boosters back at that time. I’m thoroughly aware of Tom Younts’ (HSE FFA Advisor) commitment to those kids and the program. He has spent his entire adult life helping that program.”

The chapter has plans to spread the money across a few different areas within the organization.

“We can go out in to the community and use the money how we see fit. We’re planning to use it for some trips for students,” said Adam Schreck, reporter for the HSE FFA Chapter. “I, myself, have attended different camps for FFA. It’s a really great opportunity we’ve been given.”

The group also plans to use the money to make money for a scholarship.

“For the past 13 years, we’ve awarded a scholarship in Carrie Colglazier’s name,” Schreck said. “She was an HSE student who graduated in 2003. She was very involved in track, soccer, FFA and National Honor Society. She very academic and well liked. She was hit by a drunk driver while riding on her boyfriend’s motorcycle and killed in June of 2003. We’ve been very involved in getting people to fund the scholarship, and at the same time helping students that need assistance. We will be spreading the money around so we can fund the rest of our fundraisers.”