You are at:Home»Current in Fishers»Fishers Elementary School students learn importance of giving back 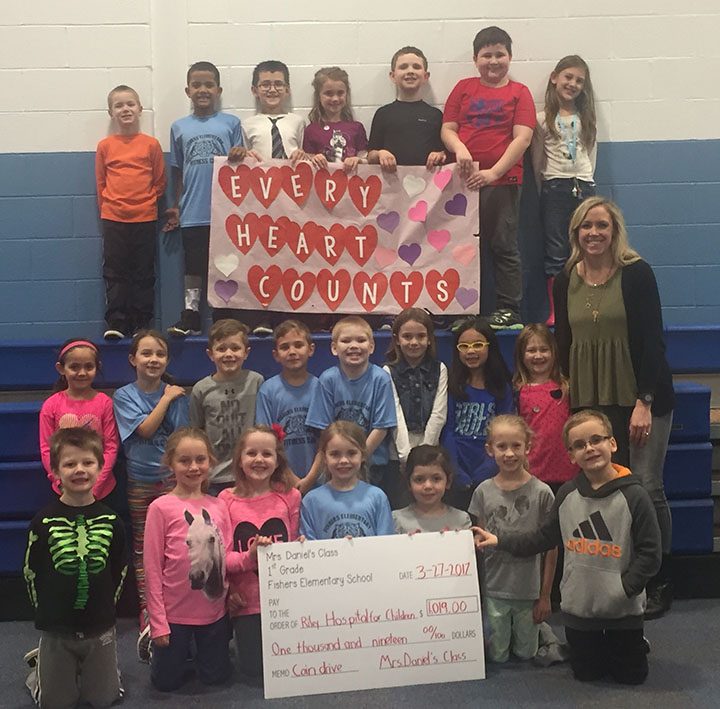 Fishers Elementary School first-grade teacher Brooke Daniel received a Mudlove bracelet for Christmas. The spirit of the gift spread through her elementary classroom and into the community.

Mudlove bracelets come from an organization whose mission is to provide clean water to Africa. Daniel was excited by her gift and shared its story with her students. 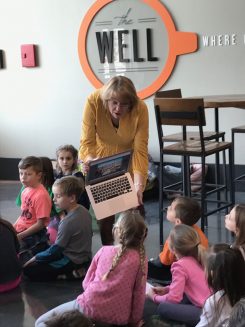 “I told students how cool it was that they provide clean water, and (the students) were kind of confused by that,” she said. “It just really sparked a lot of conversation with them, and we began brainstorming ways to make a difference in our community.”

The students took a field trip to the Well Coffeehouse, where they learned of the business’s efforts to provide money for wells in various areas. Students identifited multiple organizations they wanted to raise money for. They chose Riley Hospital for Children and organized a PowerPoint presentation to inform the school’s principal of their plans.

Students then organized a coin drive competition between different grades at the school, with the funds going to Riley.

Homelessness and the Humane Society for Hamilton County also were on the students’ radar, and Daniel said the group organized a food drive last month and planned for a donation drive for the humane society this month.

Heather Schmidt, whose daughter Alana is in Daniel’s class, said the difference the lesson made in her daughter was obvious.

The class also read a previous article in Current in Fishers about Brother Doug’s Pizza contest where owner Dough Jeschke asked the community for ideas on how to give back. Jeschke visited the classroom last month and shared his efforts with students.

“It was definitely student-led, and they were passionate,” Daniel said. “They definitely drove this along.”