You are at:Home»Current in Westfield»How will Westfield residents vote for the construction referendum? 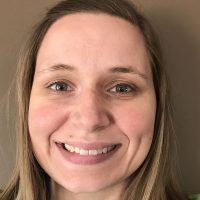 “I am voting Yes. After a detailed demographic study looking at the numbers of growth, our schools are full. Grades 5-12 are near capacity and if we delay construction any longer we will just pay more later either due to inflation or trying to work with a strained budget. As a teacher in the high school who sees the crowded hallways, the additional space is much needed.  If the referendum does not pass we will need 68 portable classrooms at a cost of $1.3 million for just the first year. New construction is the long term needed solution.” – Erin McKinney, Westfield High School math teacher

“I will be voting yes in the May 2 referendum to support our youth and the kids of our community in Westfield.” – Doug Bouchie, Westfield resident

“I am voting yes on the upcoming construction referendum. Our intermediate, middle and high schools are very near capacity and the demographic study shows rapid growth at these levels over the next 10 years. As a teacher at Westfield High School, I see the overcrowded hallways, a lack of cafeteria space and not enough classrooms to accommodate the projected 1,000 additional students in the next decade.

If this does not pass, we will need portable classrooms that will cost the district $1.3 million in just the first year. This is a temporary fix that will divert funds that would otherwise go towards general maintenance, upgrading technology and other necessary district work. Portable classrooms will bring new challenges to school safety and will also make it difficult to continue to attract top notch educators to our district. New construction is the best long term solution.

I am a resident of Westfield, a parent of WWS students and a teacher in the district. I encourage all of you to reach out and learn more about our schools, especially the ones nearing capacity. Talk to a teacher, reach out to a parent with children in those buildings, contact administration and ask questions!” – Sarah Worth, Westfield Washington Schools teacher

“I am a parent of three school-aged kids. Two in elementary, one in the intermediate school. I have already voted YES for this referendum.  Like most parents, I want what’s best for my kids.  The growth that is happening in Westfield needs to slow down, yes, but even if we STOP growing tomorrow, the upper schools will be way over capacity in just a couple of short years. I have attended several meetings, and have had every question/concern of mine addressed.  I have been nothing short of impressed with Dr. Grate and how transparent she and the rest of the committee members have been at these meetings.  I did my research, and this to me seems like a no brainer.  I fear the negative domino effect our schools and our community as a whole will endure if this does not pass.  We need to build for the future, for our kids’ future, and for the future of our community.  Now is the time.” – Kelly Chapman, Westfield resident and parent

“There are many positive things that are bringing people to Westfield.  One of the most alluring is the quality of the public education their children can receive.  As teachers for Westfield Washington Schools for the last 12 years we can assure you that, at every level of our district, the quality of the student experience has been our number one focus.  The goal of our schools is to educate young people to go out and be positive contributors – to be creative, caring leaders in a world that is always changing.  We find that many of these students want to come back to Westfield because of the supportive, growing community and the excellence of the schools.  These young community members join a growing number of people moving to our great city because we’ve got something special going on here.  To accommodate the growing population of Westfield and provide new opportunities for our students as they enter the 21st century workforce, our schools need to renovate and further expand.  This vote is about one issue only: supporting our great school system and the students it serves. We invite you to join us May 2 in voting YES for Westfield Washington Schools.” – Natalie and Kyle Messmore, Westfield teachers, residents and parents

“I will be voting no.  I understand the need, but my property taxes will increase over $1,000 a year and my kids will all graduate before the additions to the high school will be usable. One of the main reasons we moved to Westfield (when it was still a town) was the schools and city government promoting irresponsible growth have caused the issues.  Let all of the thousands of new residents pay for the school expansion since they are the cause of the crisis.” – Jennifer Foster Harmeyer, accountant/business owner

“As a relative longtime resident of Westfield, completing construction of our current home in 1995, I wanted to provide an overview of property taxes on our home since that time. Initially our taxes averaged approximately $2,600 per year, increasing to $3,600 in 2004, to $4,500 per year in 2007, then to their now current level of approximately $5,000 per year in 2011.

Our residence is currently assessed at a value of $306,000, prior to any homestead or mortgage deductions being applied.

Many of those promoting the passage of the referendum like to quote a specific small increase in taxes per month to downplay the impact, but I prefer to look at the overall cost.  If the referendum were to pass my taxes would increase to approximately $5,430 per year, or approximately $452 per month. For reference I am currently paying approximately $417 per month, at the current $5,000 per year, still a substantial expenditure per month in my opinion. Additionally, for reference, the district is requesting $90 million on a stated $375 million current value, a 24 percent increase.

I am not trying to dispute that the schools have a need to expand to support the increasing enrollment, however it is imperative they expand and operate in a manner similar to nearby districts, in order for Westfield to continue to thrive and grow.  If these other nearby districts can adequately support the needs of students while performing similarly academically to Westfield at significantly lower tax rates, there should be no reason Westfield can’t also operate similarly.” – Mike Willis, construction manager

Current in Westfield caught up with Nick Verhoff, director of business and operations for Westfield Washington Schools. 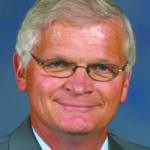 What is a referendum?

“A referendum is just a public question to the voters asking for support and to fund different projects.”

Who will the construction referendum benefit?

“The construction referendum is specifically for that, to construct certain projects. We will expand the intermediate, middle and high school because those are the buildings that are almost at capacity. It’s anticipated to add enough space for 350 (students) at the intermediate and middle and 1,000 more for high school kids. That 1,700 total comes from a professional demographic study done last November. There will be additional dollars to do major facility upgrades like roofs, parking lots and technology.”

How much would it cost each taxpayer?

“If issued all $90 million up front at one time, with current assessed value, it would cost a homeowner whose house has a $250,000 value $32 a month. (Homeowners) just need to look at the tax statement to see what their homeowners’ deductions are. On average, somebody with a $250,000 home actually only pays taxes on $130,000 after deductions. It’s the net assessed value, not the gross.”

When would the tax increase go into effect, if the referendum passes?

“The first payment would not be due until at the earliest 2019.”

What would the schools lose if the referendum is not passed?

“We would have to find space to put 1,700 kids. We would need to either increase class sizes or bring in more portable classrooms or a combination of the two. If the referendum fails, we will likely be back within a year asking for some kind of project so we could grow some.”

What will the ballot read for the construction referendum?

“Shall Westfield Washington Schools issue bonds or enter into a lease to finance the 2017 Capacity, Safety, Efficiency, Renovation and Technology Project which includes the renovation of and improvements to the Westfield Elementary Schools, Intermediate School, Middle School and High School, which is estimated to cost no more than $90,000,000 and is estimated to increase the property tax rate for debt service by a maximum of $0.03079 per $100 of assessed valuation?”