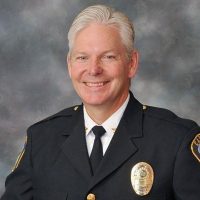 Jim Barlow will be the next chief of the Carmel Police Dept., replacing retiring Chief Tim Green.

Carmel Mayor Jim Brainard announced the appointment April 18, along with the appointment of Jeff Horner and Aaron Dietz to assistant chief positions. The changes are effective June 1.

“Serving the citizens of our community has been a privilege and an honor,” Green stated in a press release. “While I look forward to retirement, I certainly will miss working alongside some of the best people one could be associated with.”

Jim Barlow has been with CPD for 34 years, the last six years serving as assistant chief. During his tenure, he also served as commander of the SWAT team, as well as commander of the Operations, Special Investigations, and Support Divisions. He received a bachelor’s degree from Indiana University and is a graduate of the FBI National Academy.

“I am pleased to promote Jim Barlow to the role of our next police chief. His experience in Carmel and his knowledge of law enforcement make him perfect for this role,” Brainard stated in a press release. “I also wish to thank Chief Green for his many years of service. We wish him well in his retirement.” 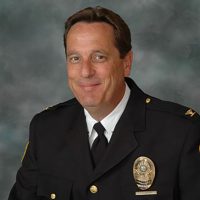 Dietz, who will become assistant chief over operations, has commanded the Special Investigations Division and the Hamilton/Boone County Drug Task Force since 2012. Major Dietz has been a member of the Carmel Police Department for 28 years and is a graduate of the FBI National Academy.

Horner, who will become assistant chief over administration, is a 1993 Ball State University graduate with a degree in criminal justice. He joined CPD in January 1994 after graduating second in his class at the Indiana Law Enforcement Academy. He spent his first 13 years on the department in the Operations Division.