You are at:Home»Current in Zionsville»For the birds: Zionsville resident Carpenter makes a career of favorite hobby 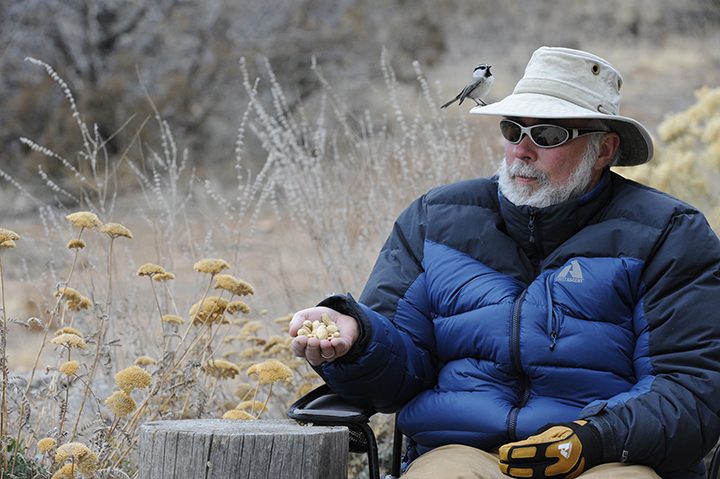 Jim Carpenter took a career detour after graduating from Indiana University with a bachelor’s degree in biology in 1975.

“I trained to be a scientist and ended up being a businessman,” he said.

As an IU senior, Carpenter discovered birding and joined the Student Audubon Society.

After his admission was rejected, Carpenter figured he would become a research and teaching professor but eventually decided there weren’t enough jobs available in that field. So Carpenter graduated from Purdue with a master’s in horticulture in 1979.

Carpenter managed two Indianapolis-area garden centers, but got back to his true love of birds. In 1981, he opened a 700-square foot store in Broad Ripple called Wild Birds Unlimited, selling products for backyard bird feeding.

Today, there are 310 franchise stores in the U.S. and Canada. Carpenter has one of his own franchises at 3956 E. 82nd St. in Indianapolis. Carpenter, Wild Birds Unlimited president, runs a franchise support center in Carmel.

The long-time Zionsville resident’s book, “The Joy of Bird Feeding,” was published earlier this year.

Through the years, Carpenter’s knowledge of the hobby kept growing.

According to the 2011 U.S. Fish and Wildlife Service National Survey of Fishing, Hunting and Wildlife Associated Recreation, 52.8 million people feed birds and watch wildlife in their own back yards. There is $5 billon spent annually on bird seed and wildlife food.

Carpenter said the support center helps them run their store from supplies, marketing, hiring and training.

Zionsville residents Dave and Kathy Williams, who own a Carmel franchise, 9830 N. Michigan Rd., Suite A, were long-time customers of Carpenter before deciding to open their own store. They will hold a book signing for Carpenter from 4 p.m. to 7 p.m. April 19.

“We had been a customer up until 15 years ago when we bought our store,” Dave said. “I would venture that there isn’t anybody that knows about the art of bird feeding more than Jim Carpenter at this point. (People) told him you can’t make any money selling bird seed. He proved them wrong on that point.” 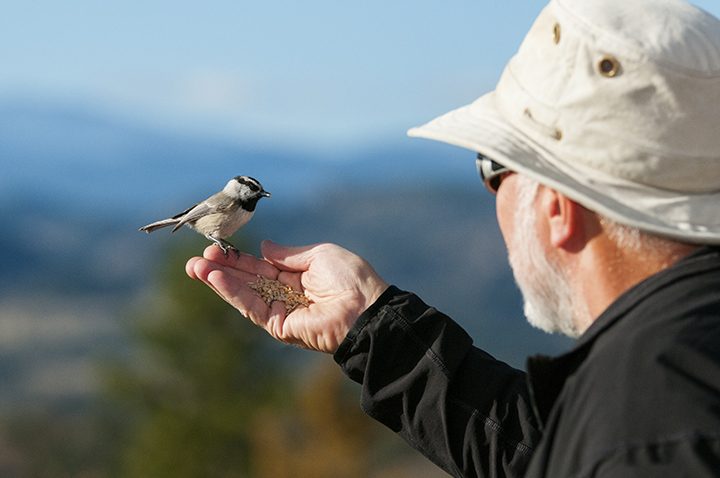 Carpenter started writing “The Joy of Bird-feeding” 15 years ago.

“There was a good book or two written in the 1970s, and no one had really written an update,” Carpenter said. “I thought I knew as much about bird feeding as anyone, having spent my days with thousands of customers.”

Carpenter said he was always thinking about how to feed birds better.

“I spent 10 to 12 years thinking about the book, writing little notes and pieces and organizing the book,” he said. “Three years ago, I got serious. I got an agent and publisher. I pretty much wrote the book over a year-and-a-half period and then worked with the publisher on the design of the book. It took quite awhile, because there are 800 photos in the book.”

Carpenter said he probably had 20,000 photos of birds on feeders. Then they had to go through the birds identification section.

“I also want them to know whether they buy at a speciality store or a big-box store how to make good choices,” he said. “There is so much bad bird food sold that birds really don’t eat. I want people to buy all the right stuff, no matter where they buy it. The other thing I want them to do is be more thoughtful about the hobby.”

The book is available on amazon.com and wbu.com.

(First chapter in “The Joy of Bird Feeding.”) 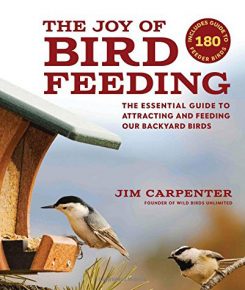 2. Continue feeding the foods that work.

3. Consider the 12 elements of a thoughtful birding feeding station.

4. Improve your bird habitat to attract even more birds.

Top 10 birds to watch in Indiana

Who: Wild Birds Unlimited founder Jim Carpenter will sign his book “The Joy of Bird Feeding.”