Sometimes people are not what they seem on TV, but that’s certainly wasn’t the case with Dorothy Mengering. 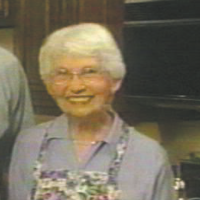 Better known as Dave’s Mom for her frequent visits and phone calls on her son David Letterman’s late night talk show, Mengering came off to viewers as the gentle grandmotherly figure she was. Often the Carmel resident was the foil for her son’s cutting humor. If it went too far, she would call her son on it.

“Her smile and genuineness really had an impact on other people,” Second Presbyterian Church Senior Pastor Lewis Galloway said. “She had a smile that melts your heart.”

Mengering died at age 95 April 11 at her Carmel home. Galloway will preside over her funeral at his Indianapolis church April 15.

“She served as a pastoral assistant for a number of years and then continued to be very active in the church,” said Galloway, who has been senior pastor for 13 years. “She was elected to be a deacon and enjoyed being involved in the church’s ministry to the community. Her faithfulness was astonishing. In fact, she was at church two weeks ago. She came every Sunday to church. I said, ‘Dorothy, it’s so good to see you.’ She said, ‘Well, where else would I be on Sunday morning?’ She was a remarkable person in terms of her compassion and her desire to serve and help other people.”

Carmel Mayor Jim Brainard lived just down the street from Mengering for many years.

“I used to run into her at the grocery store, and she was exactly the way everyone describes her – warm, friendly, down-to-earth and very funny,” Brainard said. “She was clearly a woman who loved life and she was proud of being a Carmel resident.”

A mutual acquaintance introduced Indiana State Police Supt. Doug Carter to Mengering. She appeared in a campaign advertisement for his successful effort to become Hamilton County Sheriff in 2002.

“We shot a spot at her house in Carmel,” Carter said. “She had fresh pies for us and the production crew, for my family and myself. People couldn’t believe that she did that.”

Carter recalled seeing Mengering report on the Winter Olympics for her son’s show.

“That’s exactly who she was in her home, very warm and welcoming,” Carter said. “What a great life.”