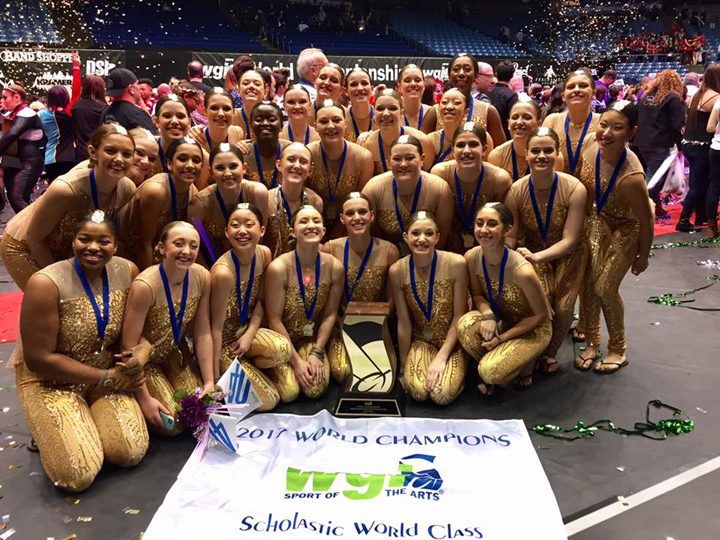 “The girls had such a successful season putting our show ‘Arabesque’ on the floor,” Queen said. “We took the show to Florida and Indianapolis regionals and audiences around the country fell in love with the performers. The girls wore this show so well and loved performing it every weekend this winter. Winning our eighth consecutive state championship and fourth Scholastic World WGI Championship was just the icing on the cake.”

CHS previously captured Scholastic World Class championships in 2011, ’13 and ’15 and won the Scholastic Open Class in 2007.

Queen said there were 30 performers in the World Guard.

“It takes a lot of hard work to get to the level of excellence that this group has achieved,” Queen said. “It is a testament to their work ethic, drive and passion for the Carmel High School Winter Guard. They are a very special group that has a lot to be proud of. The parents, administration, staff and students had such an epic year coming together to achieve the highest honors. ”

Queen said auditions for the 2017-18 Color Guard, which will compete on the field with the marching band, are set from 5:30 to 8:30 p.m. May 2 and 4. Those attending should meet in the CHS band room. Queen said there is no experience necessary, just a love for dancing, traveling and performing.