You are at:Home»Current in Carmel»Carmel Cover Stories»Becoming a ‘Superhero’: Easter-themed ballet an emotional journey for GHDT dancers 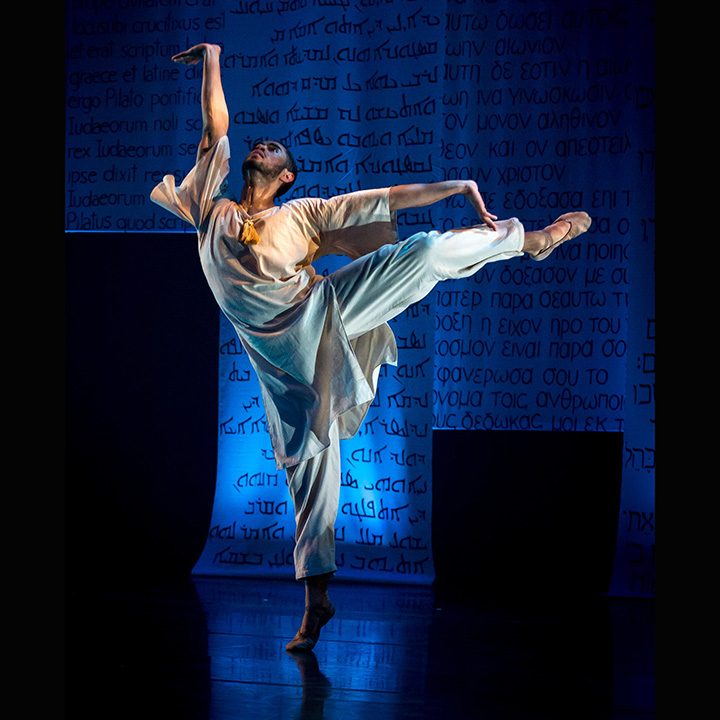 For Eduardo Permuy, the challenge of playing Jesus is everything.

“It’s the last week of Jesus on Earth, so it’s very intense, emotionally,” Permuy said. “I have to dig deep to get into that mind frame. Technically, it’s a very hard role. I have to make sure I’m both prepared physically and mentally. It’s up to our bodies to tell the narratives.”

This will be the fourth consecutive year Gregory Hancock Dance Theatre’s “SUPERHERO” will be at The Tarkington in Carmel. The performances are set for 7 p.m. April 14 and 15. 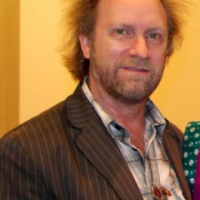 “It’s an 11-year-old production, but we started doing it annually because the audience really requested it,” Artistic Director Gregory Hancock. “We’re always locked into Easter weekend at the Tarkington, so a different show is hard to market at that time. ‘Superhero’ fits well. It’s different music that I put together to tell the story of the last week of Jesus, starting with the entrance to Jerusalem and through the resurrection. I focus on his relationship with Judas and relationship with several women around him.”

“We do a lot of storytelling with our work,” he said.

Taylar Green, in her first season with the company, plays Mother Mary.

“I love this role, because she is one of the most revered women in history,” Green said. “That’s definitely a hard thing to live up to and a hard thing to portray, but how often do you get to tell the story of Mother Mary, and how often do you get to make her come to life for people and show just how important she was in the story? It’s a hard show emotionally. It’s an experience.”

Green, a 2012 Lawrence Central High School graduate, appeared in the show’s ensemble in her last year with the student company.

“There is not a lot that is really known about her,” Brown said. “It’s interesting to dig into those layers of Magdalene. Was she a prostitute or not? In our story, it’s kind of this unrequited love situation with Jesus. She knows she can’t have him because he’s this very holy man. She is respectful of that, but she can’t deny this part of her that is drawn to him. It’s interesting to play that and go through the sadness she experiences.”

Brown said the show requires a different way of carrying the body to express emotions.

“We use different movements to express those emotions, which I think is the beauty of dance,” Brown said. “Some days we go home very emotionally drained and spent from everything.”

Abbie Lessaris is in her third year playing both Pontius Pilate’s wife, Claudia, and the cross itself.

“I think the cross goes back and forth between being human and an object,” Lessaris said.  “So for a large portion of the show, I’m an object. There is a scene where Jesus accepts his cross, so we have like a friendship. I play a role that comforts him.”

Lessaris said Claudio tries unsuccessfully to persuade her husband not to prosecute Jesus.

Hancock said “SUPERHERO” is one of his favorite productions because it showcases the company so well.

“Every character is able to have a special moment in the show, and their relationship with the main character, Jesus, is really interesting,” Hancock said. “It’s not particularly set in a geographic location. It could be anywhere at any time.”

The costumes are inspired by styles from India. Hancock travels to India frequently to work with dance companies.

“We have a large connection to the Indian community here,” he said.

Hancock is attempting to gain support to place his original musical, “La Casa Azul,” on Broadway.

The show debuted at The Tarkington in June 2015 and was so well-received it was held again in October.

“It’s a Broadway-style musical about Frida Kahlo, the Mexican artist,” Hancock said. “It’s a nice time because people are interested in knowing more about her. It’s a nice vehicle for the Latinx community for audience members. Her life is very dramatic. She turned her pain and misfortune into creativity. For a Mexican woman at the time, her art was jarring and surprising to people. She was married to Diego Rivera and involved with the Communist Party.”

Hancock said the process involves a lot of waiting and meeting with people.

“We have some meetings set in New York. Nothing concrete yet.”

PBS filmed the musical and broadcast it twice in 2016.

Hancock is the composer, co-lyricist, costume designer, choreographer, director and producer of the show.

Jesus and the cross played by James Gilmore and Abbie Lessaris. (Submitted photo by Robert Gough)

Where: The Tarkington, the Center for the Performing Arts, 355 City Center Dr., Carmel