You are at:Home»Current in Zionsville»A spirit of giving: ZWEST student earns statewide honor for helping kids in need 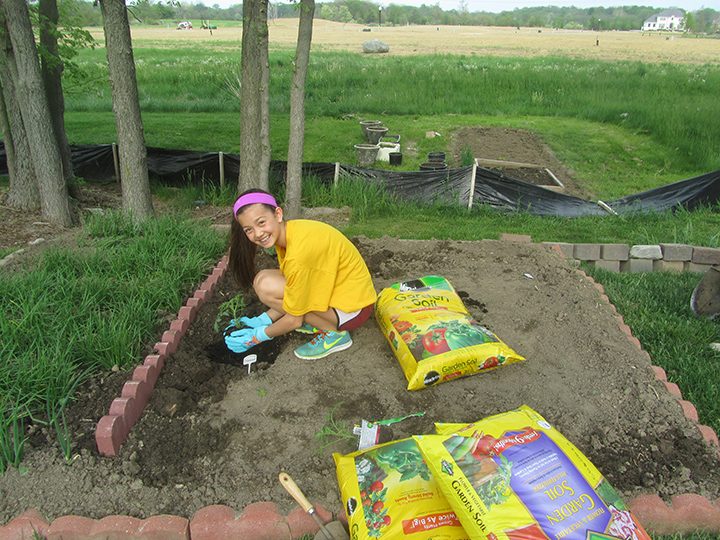 Tara Harmon grows vegetables in her garden to donate to the Zionsville Food Pantry and other organizations. (Submitted photo)

Tara Harmon got her first exposure to the plight of the homeless after leaving an Indiana Pacers game three years ago.

“It was cold and dark, and I saw a little kid and his mom on the street,” she said. “That’s what started me thinking.”

Tara became determined to help underprivileged children her own age.

“Each project has motivated me to do more after I saw how appreciative the kids were and how much it seemed to help them,” Tara said. “I love doing it.”

The Zionsville West Middle School eighth grader’s dedication has helped her earn the Prudential Spirit of Community Awards’ middle school level honor for Indiana, which recognizes students for making a difference in their community. She will receive the award during a May 6-9 trip to Washington, D.C. The four-day trip includes visiting historic sites and joining other honorees on a community service project.

Tara, 14, has secured $4,000 in grants and donations in the past three years to provide weekend meals, healthy snacks and school uniforms for kids in need.

In fifth grade she completed her first project, raising money to provide 200 school uniforms for students at Indianapolis Public Schools’ School 69. Tara had identified that school, also known as Joyce Kilmer Academy, as one that had a high rate of free and reduced lunches.

“Originally I was going to get school supplies, but they said they really needed uniforms to prevent bullying,” Tara said.

She received a $500 Student All-Star Grant from the Indianapolis Colts and Grange Insurance and $1,000 from Walmart during the 2013-14 school year.

To encourage healthy eating, Tara and her mother, Sherry Harmon, started a vegetable garden that provided produce for the Zionsville Food Pantry. They started the garden in the summer of 2014 with the help of a grant from Katie’s Krops, a nonprofit.

“We actually went to a garden camp to learn how to garden in South Carolina,” Sherry said.

Tara said she was nervous how the crops would turn out.

“Once I got started it was really fun,” she said. “We tried to plant a variety. We tried planting tomatoes, eggplants, strawberry, blueberries. The thing that works the best is cucumbers. We’ve had some success with eggplant and tomatoes.”

The next project started after she learned that without subsidized school lunches, many students at summer camp don’t have good meals on weekends.

“While we were there we saw teachers doing bags for kids and asked about it,” Tara said. “We were told it was for the kids who didn’t have meals on the weekend.”

She used a grant from Youth Service America Sodexo and other donations, along with produce from her garden, to provide 100 weekend meal packages to summer camp in 2015.

“I went with friends to grocery stores, and we bought different kind of foods the kids could have,” Tara said. “We packed them up and brought them to the same inner-city school where we took the uniforms. We tried to figure out the funding and budget. We looked for things that would be easy for them to eat.”

During the summer of 2016, Tara helped provide more than 600 pounds of fresh vegetables and fruits for Edna Martin Christian Center summer camp in Indianapolis through the funding the Youth Service America Sodexo Grant 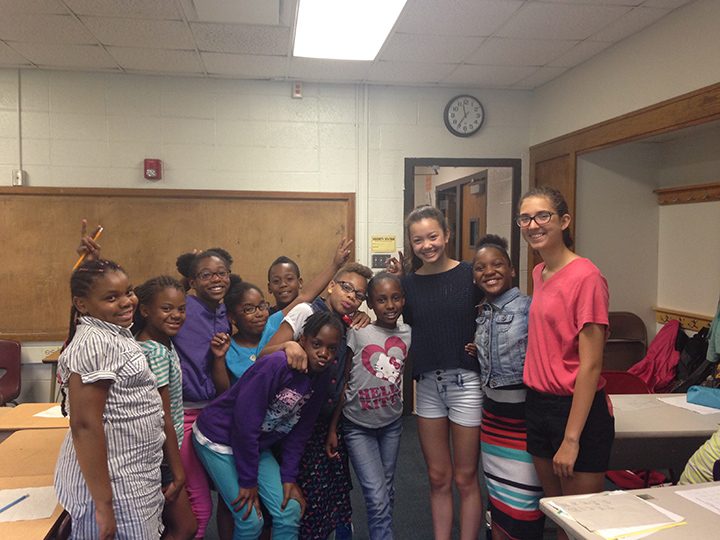 Tara Harmon said she hopes her next project will combine her love of swimming and community service.

“I think I want to do a swim clinic for kids with autism, because it’s something close to my heart,” Harmon said.

Harmon has been swimming since she was four years old. Her brother, Tyler, just finished a standout career at Zionsville Community High School and will swim for Yale next season. Tyler, who was on the winning 200-yard medley relay team and second in the 100 backstroke Feb. 25 at the state meet, won the Indiana High School Athletic Association’s Mental Attitude Award for boys swimming. 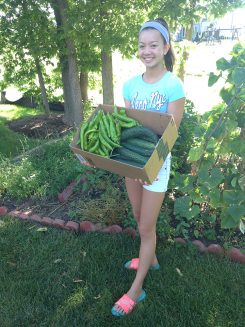 Tara Harmon grows vegetables in her garden to donate to the Zionsville Food Pantry. (Submitted photo)

“When he was swimming, and I was in the stands, I wanted to swim,” Harmon said.

Her favorite stroke now is the backstroke.

What do you do to relax: “I love baking. I watch Netflix and my mother likes me to read.”