You are at:Home»Current in Westfield»Westfield Washington Schools to offer more than 90 camps this summer

Nearly 100  camps will be offered this summer through Westfield Washington Schools. Camps range from technical and science camps to sports and arts camps. 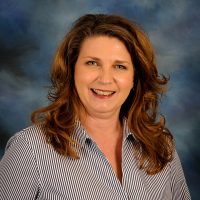 “I would say it’s probably not only a good, well-rounded experience with different offerings, but it’s a chance for children to be together with their friends and also to make new friends during the summer,” Administrative Coordinator Kathy Petty said. “Especially for those children who are fourth-graders this year and will be fifth-graders with all other incoming fifth-graders. It gives them a chance to learn and be with other friends.”

Many camps will be stationed at the intermediate school, and Petty said that gives transitioning students a good opportunity to learn the layout of the school.

Nine full-day camps are offered and more than 90 half-day camps. Camps are best for kindergarten to 13-year-old students and 3- and 4-year-old camps also will be offered. Camps begin in June and end in August. Prices range between $40 and $300.

“One of the other things that is important to know is it’s not just for children who attend Westfield Washington Schools,” said Kate Snedeker, director of strategic partnerships and communications. “It’s for any kids in Westfield. You don’t have to go to our school district to attend, but you have to live in Westfield.”

The sign-up deadline is 14 days prior to the beginning of each camp. In addition to the intermediate school, full-week camps also will take place at Monon Trail Elementary School and Maple Glen Elementary School.