You are at:Home»Current in Fishers»Fishers resident publishes Civil War book, ‘Indiana and the Sultana Disaster: The story of a survivor’

Fishers resident Robert R. Smith recently published a book called “Indiana and the Sultana Disaster: The story of a survivor.” The book details the Civil War story of his great, great grandfather, John H. King. He was a private in the Ninth Indiana Cavalry. Smith was left with memories of King when his grandmother passed away. 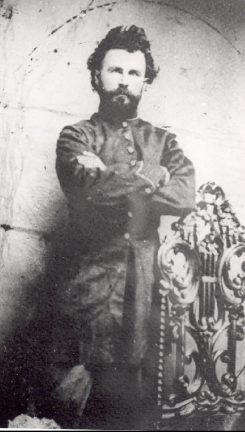 “When my grandmother died a number of years ago, she left a poster that belonged to my great, great grandfather and also two photographs of him,” Smith said. “One of the photographs was when he enlisted in the Civil War in the Ninth Indiana Cavalry. The second photo was when he returned again to the war.”

King was sent home from a Yankee prisoner of war camp on the Sultana, a steamboat paddle wheeler. The boat was overloaded with passengers and exploded and killed an estimated 1,700 on board, making it the greatest maritime disaster in the U.S. King was one of the survivors.

“The boat was only built to hold 280 people. Seven miles north of Memphis, the boat blew up,” Smith said. “There were fewer than 500 survivors. It’s estimated that more lives were lost on the Sultana than there were on the Titanic.”

King was born in Ohio, but he later moved to Indiana. The book discusses King’s interactions with two other survivors from Fishers, George Fisher and John Thompson.

“My great, great grandfather’s name was missed as he was being loaded on the Sultana. They had no record of him being there, so he had to petition to get a pension for his injuries. He ended up having to have John Thompson petition on his behalf that he was actually on the boat,” Smith said.

The book was published by the Indianapolis Business Journal in 2016. Smith participated in the Indiana Historical Society Author Fair in December and said he hopes to participate in others in the future.

The book is available for purchase on amazon.com.