You are at:Home»Current in Fishers»Orangetheory Fitness in Fishers holds fundraising campaign 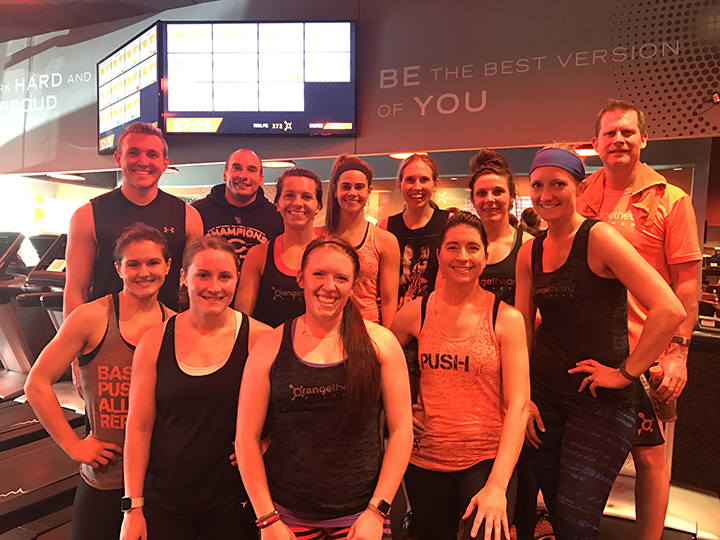 From Feb 20 to March 5, Orangetheory Fitness in Fishers held a fundraising campaign to raise money for ALS research and an organization called Augie’s Quest. Augie Nieto, CEO of Life Fitness, was diagnosed in 2005 with ALS.

“All of the 600 (Orangetheory) studios came together to do this national campaign to raise awareness about ALS,” head trainer Kaity Vevang said. “There is a great relationship between Augie and some of the founders of Orangetheory because he was so big in the fitness world when he first got into the business. It struck a chord with some of the leaders of Orangetheory, and they wanted to see what they could do as far as making a difference. So, they set the goal out for us as a network to raise $1 million.”

Each local studio could determine how they were going to raise funds. The Fishers studio decided to make it a competition between Vevang and Studio Manager Billy Szczudlak.

Studio staff quickly realized they were going to exceed its expectations, so it involved the rest of the staff.

“We decided if the studio raised $10,000 the whole staff would do the workout. We ended up raising a little over $12,000, and then the studio matched another $1,500. It was pretty cool to see how people rallied around to have some fun with it,” Vevang said.

The staff met last month to each row 2,000 meters, run/walk two miles on the treadmill and do 200 burpees.

“We were celebrating not only our success in raising funds for ALS but also celebrating our members and their generosity,” Vevang said.

The Fishers studio came in sixth in terms of funds raised.