You are at:Home»Current in Westfield»Field Brewing holds public hearing at plan commission 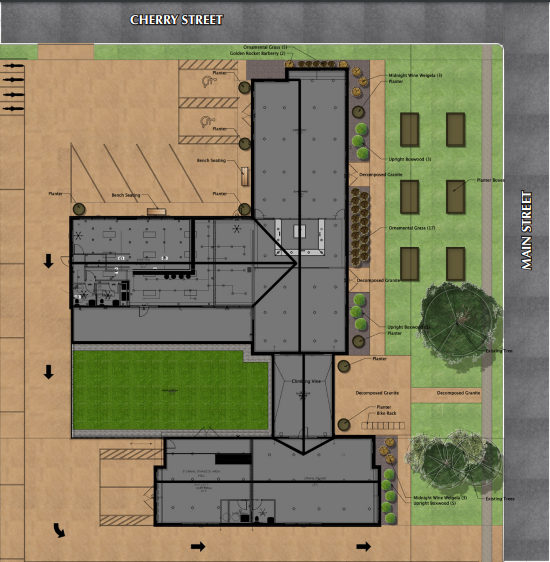 Field Brewing will have two buildings, one for a gastropub and one for a distillery. (Submitted photo)

Greg and Jackie Dikos gave a short presentation prior to the April 3 advisory plan commission holding a public hearing for comments regarding the gastropub and distillery proposal.

The restaurant and brewery is proposed for .625 acres at the southeast corner of Main and Cherry streets. The Dikos said the lot will have 13 parking spaces with more along the streets of downtown, but Jackie said she hopes people will take the fitness route – such as running, walking or biking – to the brewery when it’s completed.

Residents that spoke against the proposal voiced opinions of why another alcohol-selling restaurant should be in Westfield, concerns about limited parking and installing a crosswalk to easily access the brewery from the northern side of the street.

“We are on the same page with the crosswalk there,” Jackie said. “We would love that idea to slow traffic down in front of the establishment and make it more comfortable for parents and families to get out of their cars along the front. We are in an urban area of Westfield, and we hope to have quite a number of patrons use the urban parking we have available along the streets and maybe create more walking traffic and attention to downtown.”

Jackie also said the restaurant could even open for breakfast and coffee at 7 a.m. The brewery hours would begin at 11 a.m. and continue until 11 p.m. Bocce ball, games and walkable raised garden beds will be created in the courtyard.

Currently, the exterior design is what Jackie calls “soft” and resembles a barn.