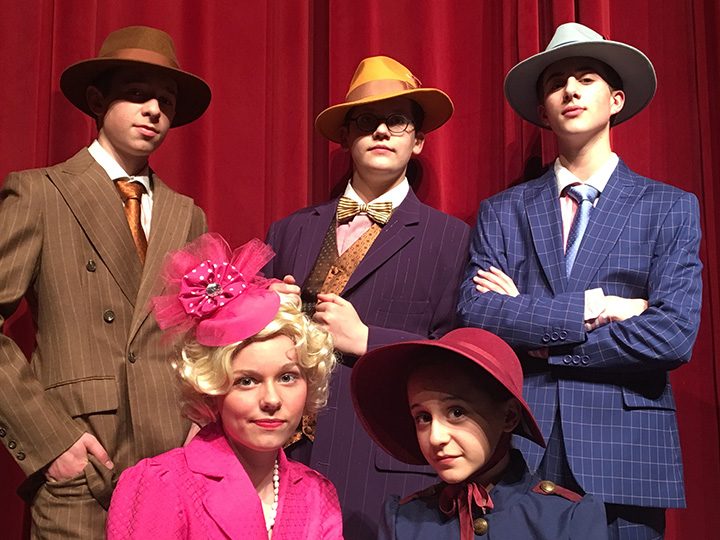 “Guys and Dolls” isn’t a musical many of the Creekside Middle School students had seen.

Why would they? The musical made its Broadway debut in 1950, and the movie featuring Marlon Brando and Frank Sinatra was made in 1955.

Yet, that isn’t the toughest challenge for director Nicole Johnson.

“The biggest challenge has been it’s one of the first shows we’ve done that all of the cast is playing adult roles,” said Johnson, Creekside’s director of choirs. “Trying to get them to fall in love and show that kind of romance on stage is tough for them. But they’ve done an awesome job.”

A fun challenge is having the students imitate New York accents, Johnson said.

“He’s funny and he likes to eat all the time, and I love food,” Ducat said.

“Like Nicely, Nathan brings some comedic relief, but it’s more about the fact he’s constantly making mistakes in his relationships and life,” Gold said.

Gold said he likes how the music fits the 1940s era.

“I don’t think a lot of us knew much about it, but I think that’s a good thing because we could all watch the movie and research it,” Gold said.

“At the beginning he doesn’t care about things like love,” Koone said. “He makes a bet with Nathan that he can get Sarah to go to Havana with him. Then he falls in love with her and realizes what life is really about.”

“I like how she is flirty, ditzy and not always the brightest,” Lucas said.

Emily Chrzanowski plays Sarah, who is a member of a mission which opposes gambling.

“I love all of the songs, but I really love the choreography in “Sit Down, You’re Rockin’ the Boat,’ that’s a fun number we do,” Chrzanowski said.

Tickets are $5 for adults, $3 for students and available at creeksidetheater.ludustickets.com.