You are at:Home»Current in Westfield»Westfield residents express concern over development, Wood Wind proposal 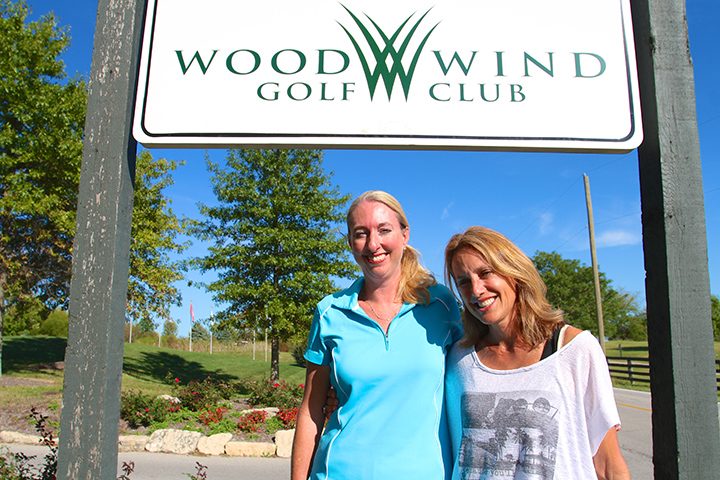 According to Westfield resident Suzy DuBois, there are enough proposed neighborhoods throughout the city. She and other members of the southwest quadrant of Westfield, also known as the Conservancy, feel as though the Wood Wind Planned Unit Development proposal only adds to the “irresponsible developments” taking place throughout the city. 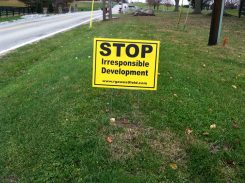 More than 100 “Stop Irresponsible Development” signs have been distributed throughout Westfield. (Submitted photo)

“The reason people are (placing signs in yards) is because they are tired of the pace of the growth that’s going on in that area of the city,” DuBois said. “That’s kind of the history behind the signs is people believe there is higher potential for the area that is not being realized that would be beneficial for the city, beneficial for the schools and the (2007 Comprehensive Plan). A lot of people living out there that participated in (making the plan) really think it isn’t being followed.”

“In all these public hearings going on (for Wood Wind), not a single resident in the area spoke in favor of this other than the people who are going to benefit financially by the sale of their land. Not one,” DuBois said. “I think what’s really important is that it’s not a message of anti-development, it’s a message of high-quality development that is maximizing the potential of the area. What we are recommending is going to create higher assessed value which is going to help the schools and the city. So, basically, the very basic premise is we are suggesting fewer homes that have higher prices that are in Pulte’s portfolio that are not necessarily being built in Westfield right now.”

Pulte recently requested a continuance from the plan commission to take extra time and present a new product they have not yet disclosed details of.

For more, visit westfield.in.gov. This story will be updated.