You are at:Home»Current in Carmel»Carmel Cover Stories»Saying goodbye: Carmel High School principal to retire after 40 years in education 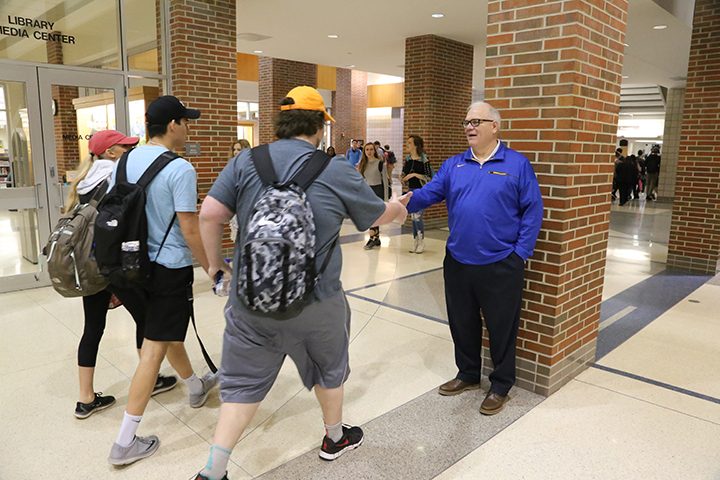 The decision to retire wasn’t easy for Carmel High School Principal John Williams. He’s had to come to terms with walking away from the “best job” he’s ever had.

“It was a very difficult choice and one that has been a process of talking to my family and discussions with (Carmel Clay Schools Supt.) Dr. (Nicholas) Wahl and other folks whose advice I value,” Williams said. “The thing about being the principal of a high school is that it’s great, but when you do this job you can’t really do much else, and that is how it should be. I wouldn’t have it any other way – it’s not a complaint, it’s what makes the job great, but I am at a point in my life after 40 years there are other things I want to do.”

Such as traveling. Williams said his wife, Paula, who he calls his best friend, hates winters, and they might travel south during colder months. The couple also plans to welcome their seventh grandchild in early August and looks forward to spending time with the newest family member.

“It’s kind of a scary thought when I try to imagine not working. It’s so much of not just what we do but who we are,” he said. “It is a little intimidating to think, ‘What is it going to be like?’ And I don’t think you really know until you get into it.” 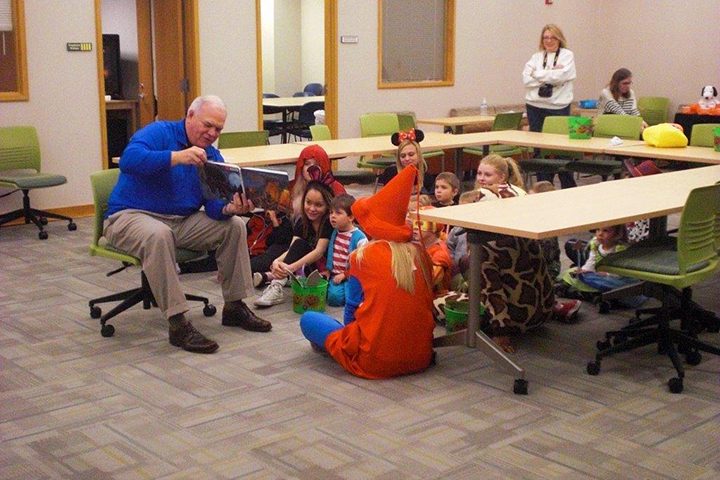 Williams, 61, never set out to be a teacher. But when he was in college, he had the chance to help his high school coach with the wrestling team and fell in love with being around the kids. He changed his major shortly after that. He was 22 when he landed his first teaching job at Harrison High School in Evansville, where he taught social studies and coached.

“Some of the best times of my career,” he said.

He decided to work on his administrator’s license, which led to a position as assistant principal at Harrison for seven years. When the principal retired, Williams stepped into the role for three years.

Then the opportunity to take job at Carmel High School came along.

“It was a very difficult decision to leave Harrison – one of the toughest I’ve ever made,” Williams said. “But it’s hard to say no to a school like Carmel and to live in the community. I knew as much as I loved Harrison I was not going to pass that up.”

Since his arrival at CHS in 2003, William has seen many changes. The student population has grown from approximately 3,800 to a little more than 5,000. He was instrumental in quadrupling the number of students taking AP courses, more than doubling the number of dual credit courses offered and introducing the International Baccalaureate program to the school in 2006.

“I hope that in my time here, when I look back, that we have continued to offer opportunities for growth and challenges for students and at the same time offer wrap-around support,” he said. “I think at the end of day the job of high school is to prepare kids for what comes after. High school is the springboard to whatever other training or education or opportunities they have after.”

Wahl said Williams has “undoubtedly touched the lives of thousands of students.”

“His warm handshake and hearty laugh will be missed in our hallways,” Wahl said. “We wish him all the best as he tackles the next chapter of his life.”

The search for a new principal has already begun. Wahl held a public meeting in late March to gather feedback from CCS staff, parents and students to help develop a leadership profile for the next principal. Wahl intends to name a new principal before the start of the 2017-18 school year.

Although Williams’ last day at CHS isn’t until July 15, he already knows what he plans to do the day after – “not wear a suit.”

“Actually, I have quite a list of projects I have been putting off, such as cleaning out the basement and organizing closets,” he said. “That will probably be the first couple months of retirement.”

But he wants students and staff to know that he has considered it an “honor and a privilege” to serve as CHS principal.

“A guy told me a long time ago never retire from something, but retire to something,” Williams said. “If I were five or six years younger, I would continue to be the principal as long as they would have me. But, it’s my turn, as my mom would say, to give someone else a turn.” 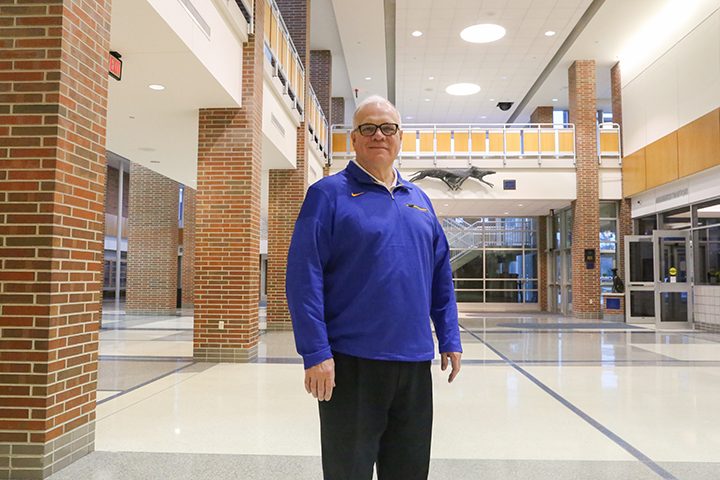 Carmel High School Principal John Williams will retire at the end of the school year. (Photo by Ann Marie Shambaugh