You are at:Home»Current in Westfield»Rebuilding through a referendum: Locals discuss ballot option for Westfield schools 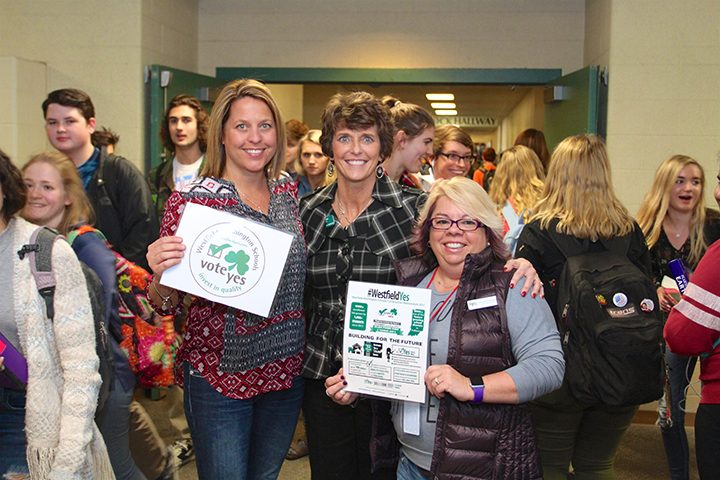 A seven-year operating referendum was passed in November, but some in the Westfield Washington School District insist there’s still work to be done. Several focus groups were held since the referendum, which inspired the district to place a 30-year construction referendum on the upcoming May 2 ballot. 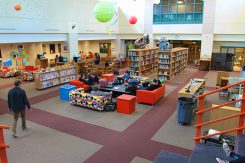 One of those things, according to Grate, is that construction or reconfiguration is needed to accommodate growth at the Westfield intermediate, middle and high schools. Westfield High School principal Stacy McGuire said an estimated additional 120-250 students will be added to the school each year depending on which neighborhoods open and how many families move to the city.

“The first thing we gathered feedback upon is what might be some areas we want to enhance as far as educational opportunities for our students,” she said. “Another key point was we needed to be able to make some decisions about grade-level configurations.”

The focus groups also highlighted four different construction referendum pricing scenarios and the pros and cons of adding the new referendum to the May ballot instead of the November ballot.

“After (the focus groups), the school board met, and through lots of conversation made a deliberate decision to move forward with the referendum in May,” Grate said.

The referendum would have a $90 million threshold, which Grate said the district believes the community could support. 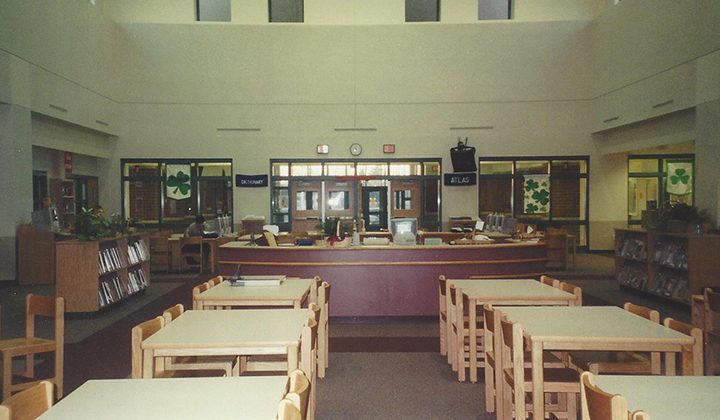 “It also allows us to address the growth we are experiencing at the intermediate, middle and the high school as well as being able to address updating and renovating to maintain other facilities,” she said.

The $90 million bond would be broken down to 30 cents per $100 of assessed value per resident. Similar to a home mortgage, it would be paid off in 20 to 30 years.

The bond would be broken into different components and not paid all at once, and multiple construction or renovations might take place at the same time.

“We wanted to be in a position to have a comprehensive plan for how to address the growth rather than going back to the community and doing multiple referendums,” Grate said. “With the operating referendum, we know that’s going to be an every-seven-years thing. That’s what we’ve been sharing, trying to be very deliberate about making decision rather than proposing multiple.”

“We think this one chunk of money will address the needs,” McGuire said. “We have been thoughtful and diligent and purposeful in knowing our priorities as they are today and what we believe the priorities will be in the next five to 10 years. We are confident that the campuses and decisions we make to build on these campuses can accommodate those.”

Two meetings will be held this month where architects will provide the public with the visual and conceptual configuration of the what the schools might become if the construction referendum is approved.

One example of a reconfiguration is recently, WHS utilized the library space by casting it into more of a makerspace and a place for kids to study, with the vibe of what students might experience at a college campus.

“The process is just going to be amplified,” McGuire said. “We have been very purposeful in trying to be good stewards of resources to align with kids’ needs, and now we are just out of physical space and done all of the internal uses we can now.”

Other high school reconfiguration examples prior to the referendum proposal include constructing classrooms where courtyards used to be and repurposing a photography class darkroom into a Mac computer lab.

After expressing concern on a tax-increment financing impact and stating the school board provides minimal documentation in meeting agendas, Westfield resident Ron Thomas came to a negative conclusion regarding the construction referendum.

“I’ll be voting ‘no,’” Thomas stated via Facebook. “I’m not voting against education but against the continual bad governance we experience here in Westfield. It’s time to draw the line and say ‘enough is enough.’ It’s time for the various governmental bodies to work to benefit the existing community and stop the giveaways to developers. Older people in the community are realizing they either have to cut their quality of life or move, neither of which is acceptable in my opinion.”

Westfield resident Jennifer Moore Murphy, who has two children in private schools Guerin Catholic High School and St. Maria Goretti Catholic School, said she doesn’t see herself as a private school mom. She said she wants all children across the state to have equal opportunities when it comes to education.

“If this were a statewide referendum to improve the schools, there would be a sign in my yard.”

Two public information sessions will be held this month for Westfield residents to hear from architects who have been working with the schools. The architects will present examples of construction or reconfigurations if the construction referendum is approved.

What are you thoughts on the proposed referendum? Email editor Anna Skinner at Anna@youarecurrent.com.