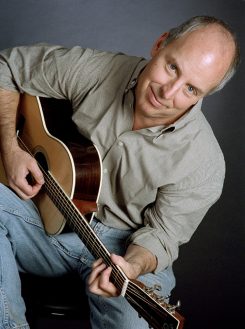 “I’ve never been able to choose very well,” Harley said. “I think I’d be further along if I did. I like both aspects. That wall between a storyteller and audience is much more permeable than it is in traditional theater. It feels more like conversation. It’s a great experience. Writing is harder. If you are doing it consistently, you learn to love it.”

Harley, 62, a two-time Grammy winner, will perform “Funnier Later” at the Storytelling Arts of Indiana’s “Talk of the Town” fundraiser at 7:30 p.m. April 8. It will take place inside the Frank and Katrina Basile Theater at the Eugene and Marilyn Glick Indiana History Center in Indianapolis.

“I do some stuff about parenting and almost always I end up doing stuff about growing up,” Harley said. “If you talk seriously about growing up, it’s pretty hilarious. A lot of that humor is based on that kids are just trying to figure out what’s going on and oftentimes they’re wrong, as are we all. With a little hindsight, it’s funnier.”

“I travel around the country and what they have done in Indianapolis is a very unique thing,” Harley said. “I’m always impressed with their programs and projects.”

Harley also will perform a free family program at the Central Library at 2 p.m. April 9.

“My life has been spent going back and forth between kids audiences and adult audiences,” Harley said.

Harley’s sixth book featuring Charlie Bumpers is due out in the fall. The books are designed for second through fifth grade readers.

Harley grew up in Indianapolis, attending school in Washington Township, before moving away before entering high school.

What: Harley will present “Grownups are Strange,” a free family program.

When and Where: 2 p.m. April 9 at the Central Library, 40 E. St. Clair St., Indianapolis. Book sales and autographs will follow his program.