You are at:Home»Current in Zionsville»Bounding to Boston: Zionsville residents preparing to run nation’s most famous marathon 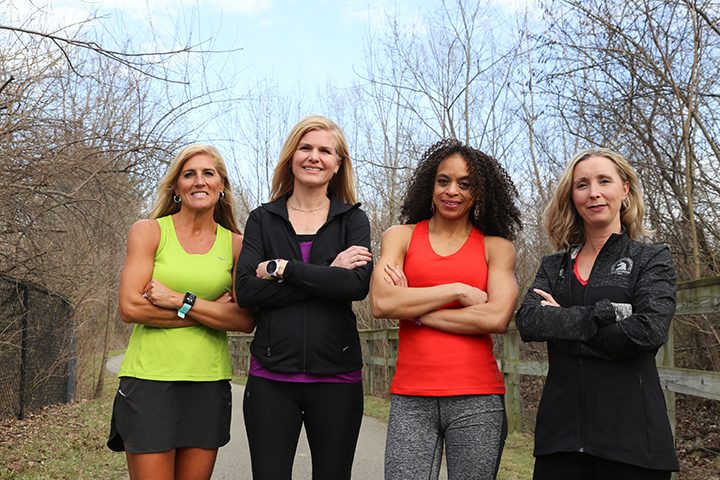 Among the 30,000 people running the Boston Marathon April 17 will be 10 from Zionsville, some running for the second or third time.

This year will mark Jackie Harder’s third time running, although she’s qualified nearly a dozen times. As a track coach at Zionsville Community High School, she often missed her chance to participate because of conflicts with varsity meets.

“I decided I’m 50, I’m going to do it one more time,” said Harder, who resolved to run despite an injury to her hamstring.

“There’s no other race like it,” she said. “It’s a mountaintop experience. The whole city shuts down.” 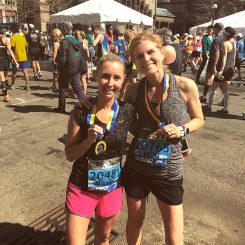 The area surrounding Wellesley College is one of the highlights of the race for Harder. She said the entire college comes out to cheer for the runners, offering high-fives and kisses.

“It’s a rumble from 10 minutes away,” said Nicole Seiler, who ran for the first time last year.

The course stretches 26.2 miles throughout eight neighborhoods, ending in downtown Boston. Being a one-way race also differentiates it from many other marathons. Seiler was driven from the finish line to the start line last year and was surprised by the distance.

“I’ve done no other race where there are crowds literally from the start to the finish,” said Becky Wood, who trains with Seiler.

“I’m looking forward to conquering Heartbreak Hill,” said Alta Skelton, referring to the final hill of the race, which is considered the toughest stretch on the course.

At the crest of Heartbreak Hill, the band from Boston College band and student cheers can be heard.

“There are people from all over the world running this,” said Harder, who has seen seeing amputees, marines and people with other disabilities compete in the run.

“Everybody has a story,” Harder said.

Wood and Seiler met through running and have developed friendships with others through the  shared interest.

“The joy of marathoning is running with Nicole,” Wood said. “We call each other 20-miler friends because we can run for 20 miles and still have stuff to talk about.”

“I would not be a marathoner if it were not for my running friends,” Seiler said. “It’s a social hour.“

For Skelton, who is running the race for the third time, being able to participate with a friend who formerly lived in Zionsville is one of the highlights, along with the fact that it’s the renowned Boston Marathon.

“I like the eliteness of it, that you have to qualify,” she said. “It gives you something to aim for.”

Training for many of these runners can begin more than 18 months in advance of the actual marathon date, with a goal to run 20 miles at least once weekly in the months leading to the race. Running five to six days a week, sometimes for up to three hours, is the biggest drain on time.

“I think the training is the hardest part, finding time to balance work, family and running,” Seiler said. “Balancing sleep is the hardest.”

Seiler and Wood have a goal of running 2,017 miles in 2017, which is roughly the distance between Indianapolis and Los Angeles.

“It breaks down to less than 200 a month, but I’m trying to bank a little at the beginning (of the year) so life can still happen,” Seiler said.

Seiler wants to inspire parents to run with their kids as the leader of the Eagle Elementary Running Club. She helped Wood start a similar program at Trader’s Point Christian Academy.

Wood tries to instill a love for running in students and teache them how to set goals.

“Setting little goals can pay off, like crossing the finish line,” Wood said.

“I think the biggest thing is teaching them to set attainable goals,” she said. “One of the reasons I still run is to hopefully inspire one of these athletes. It’s more than just high school thing. It’s a lifetime thing.” 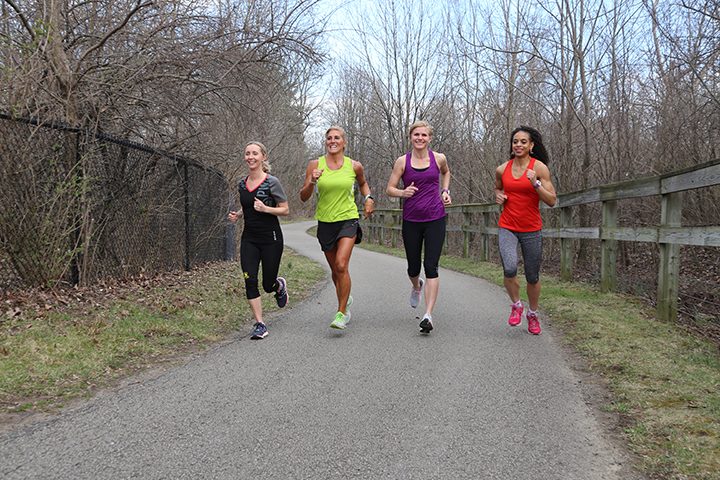 “It seems like there are more people being rejected because the times are getting harder,” runner Nicole Seiler said.

Because the marathon is conducted within Boston’s city limits, a limited number of runners can be accepted. Getting a chance to run one year doesn’t guarantee participation in following years.

Becky Wood was three seconds slower than the top qualifiers the one year she was not accepted for the race, despite being faster than the qualifying time.

“I always say you should be 20 minutes under the qualifying time to be sure you’re getting in,” said Jackie Harder, a track coach at Zionsville Community High School.