You are at:Home»Current in Carmel»Carmel Community»Knuchre puts a new twist on classic Hoosier card game 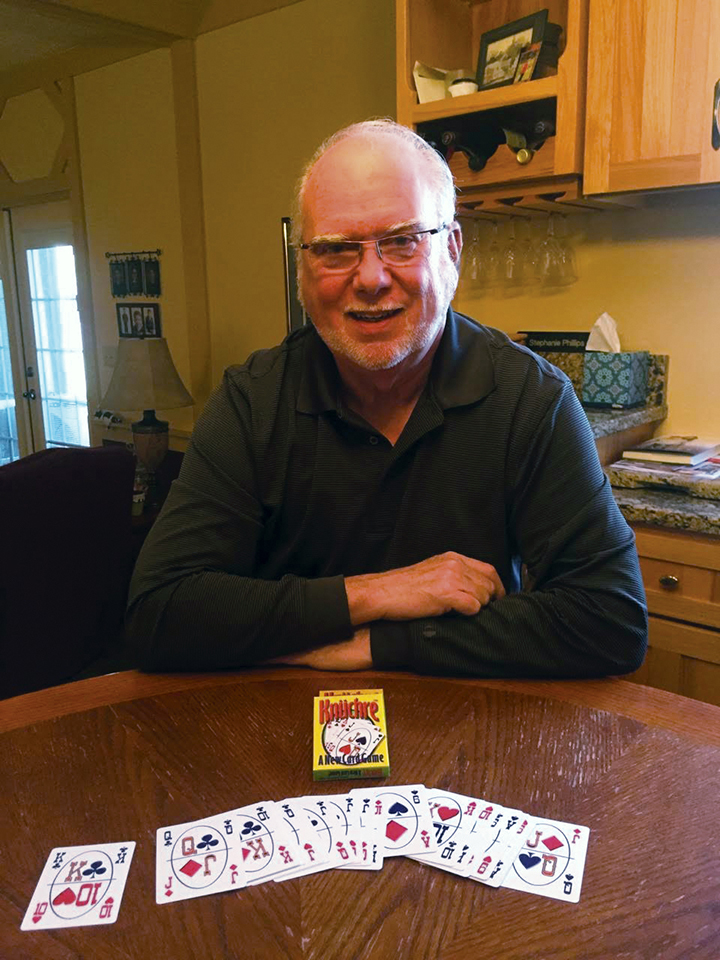 Knuchre game developer Bob Phillips said he wanted to create of version of euchre that incorporated the thrill of a six-player euchre game with only four players. (Submitted photo)

Phillips said years ago he often played euchre with co-workers during his lunch hour when he worked at a type-setting shop. Phillips said he preferred playing six-handed euchre, but it was always difficult to find six players, so the lunch group often ended up playing four-hand euchre.

Phillips then had the idea of creating a new way to play euchre that combines the thrill of six-handed euchre with only four players. Thus, Knuchre was born. It consists of four players with two on a team.

“All I’ve tried to do is make it a little more interesting,” Phillips said.

After meeting with a mathematician to ensure the cycle was correct, Phillips invented a two-faced playing card in 2012. According to the Knuchre website, during play you won’t know which way is up.

“I started out by cutting card decks in half and Scotch-Taping them together,” Phillips said. “It just struck me one day.”

Knuchre is similar to euchre, but with a slight twist. The Knuchre hand can change quickly, and players must follow suit. The Knuchre deck consists of 24 cards and 48 faces.

“You’ve got to be able to think on your feet,” Phillips said.

Phillips spent the bulk of his career as a graphic designer and owns his own company, Phillips & Associates. Previously, he designed logos and packages for businesses and scientific games for an Indiana toy company.

Phillips developed and self-funded Knuchre from start to finish, including the rules, package design, patent, website, instructions and logo.

A semi-retired graphic designer, Phillips said his main goal is that people enjoy the game.

“I’m just doing this for the kicks,” he said.