You are at:Home»Current in Carmel»Roundabouts, more room for pedestrians coming to Range Line Road

Range Line Road is scheduled to be transformed in the coming years with roundabouts at intersections south of Main Street. Range Line Road and Main Street will likely never have a roundabout because it’s the location of one of the country’s first traffic lights. 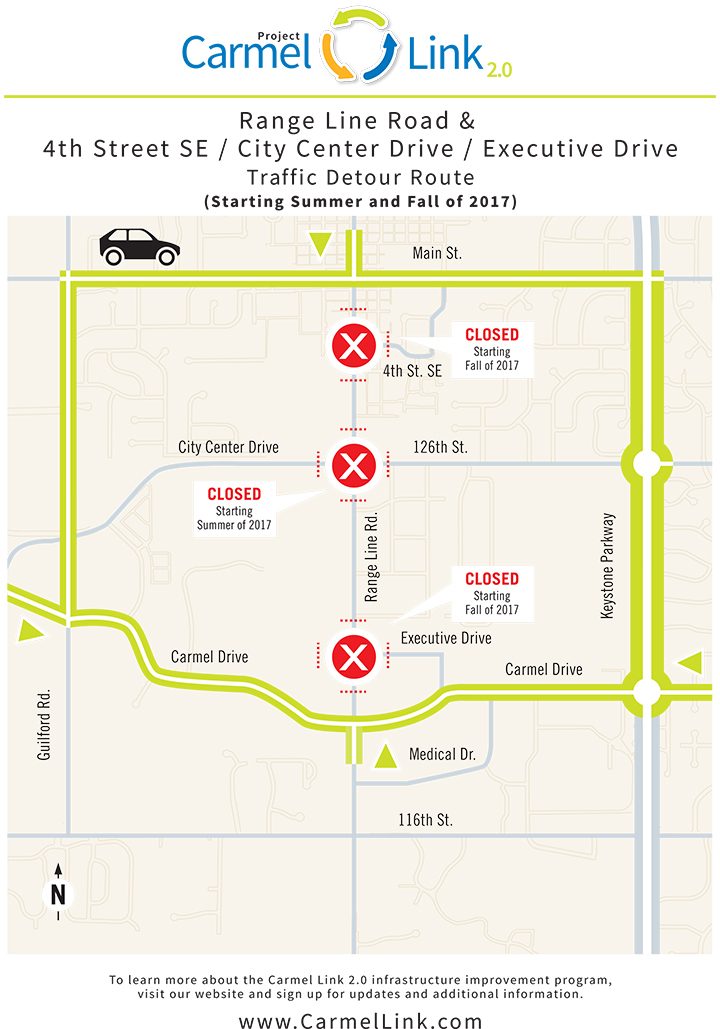 “It’d be the only stoplight left on Range Line,” Carmel Mayor Jim Brainard said. “Except maybe the stoplight at Clay Terrace.”

A roundabout at Carmel Drive and Range Line Road was completed in November 2016 after months of closures. Some residents and business owners complained about the closure, saying it made it difficult to get around. More roundabout construction will begin on Range Line Road in a few months and extend into 2018.

Brainard said it’s likely only one roundabout will be constructed at a time and not all of them will necessitate a full closure.

Next up is Range Line Road and City Center Drive this spring or summer. It will not be a full closure and will be built in phases.

At 116th Street, the intersection will be closed to north- and south-bound traffic but will remain open for east-west connectivity with the option to turn north onto Range Line from 116th Street for portions of construction.

Brainard said it’s possible the schedule could be adjusted.

“So much of it is dependent on utilities,” he said. “The schedule could change.”

Gehl, a Danish firm which was hired to help redesign the Monon Trail, also made recommendations about improving access for pedestrians and cyclists along Range Line Road. That plan hasn’t been finalized, but it recommends new bike paths and medians and eliminating some vehicle lanes.

For years, Brainard has said the center turn lane is unnecessary. Because drivers heading in both directions can turn left from this lane, many people call it the “suicide lane.”

“We can have fewer lanes and still have room for on-street parking and multi-use trails,” he said.

Gehl also has suggested a street car or trolley to provide local public transit in the Midtown, City Center and Arts District areas. The street car could go down Range Line and make a loop, Brainard said, but if it happens it will likely not launch for several years.