You are at:Home»Current in Westfield»Middle school student pens essay, wins trip to Washington, D.C. with school 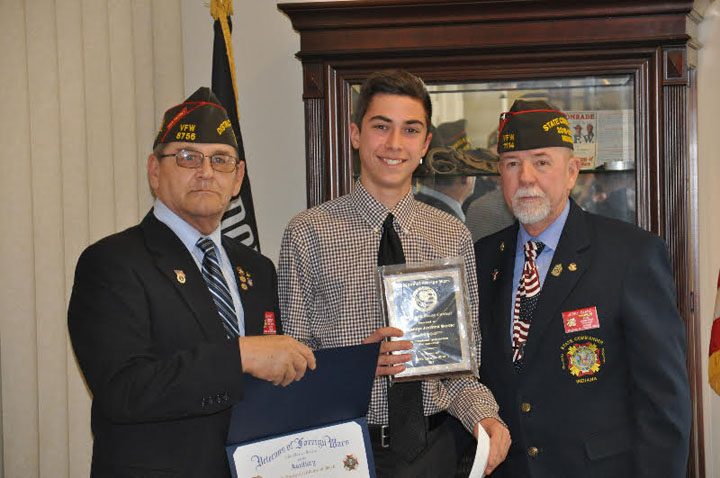 An essay originally crafted to win a trip to Washington, D.C., with the Westfield Middle School also won Emerson Bostic recognition from the Carmel Veterans of Foreign Wars Post and an advancement to VFW District 6, where he placed second.

Bostic’s essay was written on, “The America I Believe In.” He said he was inspired by his family, grandparents and great-grandparents to write it.

“It all started when I was planning with our school a D.C. trip, and I would go to the meetings, and one meeting they told us about an essay contest, and the winner would win a free D.C. trip,” said Bostic, a WMS eighth-grader. “They handed out the form and I took it home. I worked really hard on it.” 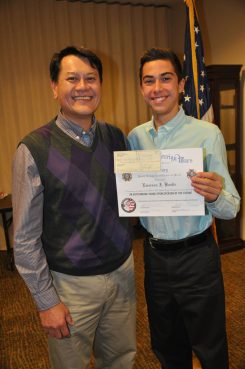 Bostic’s essay, a submission into the Patriot’s Pen contest sponsored by VFW, won him the trip to D.C. It also won first place for the county, and Bostic was presented with a cash award and a certificate. His essay was then forwarded to the district competition, where he placed second. His placing earned him a plaque and another cash award and certificate.

Much of Bostic’s passion for history and desire to visit Washington, D.C., was instilled by Mark Capin, an eighth-grade social studies teacher at WMS.

“It just seemed like a great trip, and I’m really into history, and a lot of my friends were going. I thought it would be a great idea to try to win (the contest),” Bostic said. “Mr. Capin, my social studies teacher, definitely played a role in writing the essay because he’s really been the one to get me into history.”

“I think it is every teacher’s hope that they have somehow contributed, in a small way, to help a student find their passion in life,” Capin stated in a Facebook message. “It is not so much as igniting a fire, but more or less, blowing on the embers. Emerson already had the foundation given to him by his parents, I just happened to be lucky enough to have him in class.”

The VFW Patriot’s Pen essay contest is targeted toward sixth through eighth graders and also features a Voice of Democracy contest for ninth through 12th graders.