You are at:Home»Current in Zionsville»Boosterville investment allows restructuring

Boosterville has received an $830,000 investment to restructure the model and rollout of its loyalty and fundraising platform. 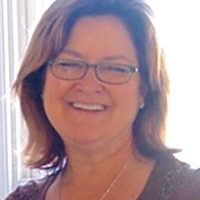 The funding was co-led by 316 Investments and VisionTech Angels with a matching investment from Elevate Ventures.

The investment allowed Boosterville to increase its employees to nine and to restructure the program.

“Just being able to do this completely instead of the very bare minimum that we could afford just boot-strapping on our own,” she said. “We can pay to have it fleshed out.”

Through Boosterville, brick and mortar businesses donate a portion of a customer’s sales to the charity of that customer’s choosing. The platform allows customers to create an account, select up to three nonprofits to receive the donations and register their credit card used to track purchases at specific merchants. The website is available with an app expected in March.

“We’re launching with our model of the Village (of Zionsville),” Cooper said.

The revamping of Boosterville’s program relies upon a point person in a particular community or neighborhood to find 10 merchants willing to participate.

“That (point person) is already used to doing that kind of volunteer work, and asking for the $25 gift card for the silent auction, they have that kind of civic-minded and volunteer spirit,” she said. “We’re trying to systemize how that rolls out so that what we’re doing here in Zionsville is replicable.”

Boosterville has an agreement with the United Methodist Church to include more than 32,000 congregations nationwide to be an option of donor recipients. SkyZone, Hot Box and Jiffy Lube are donors.