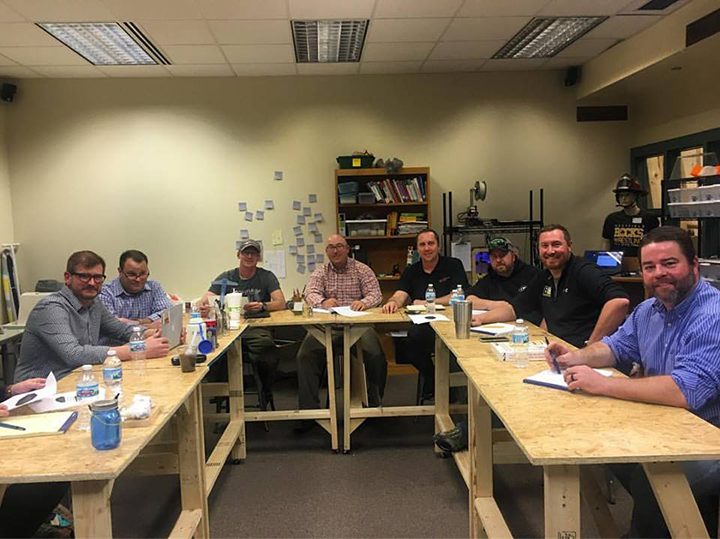 Certain students are in the midst of a Westfield High School Shark Tank Competition. Recently, four of the 11 teams moved on to the second phase.

This is the second year librarian Joel Bruns has invested his time in the project.

“The first round was set up like traditional ‘Shark Tank,’ where you have people up there and pitching an idea,” Bruns said. “Round two is going to be different, more like a science fair-type of set up. Students set their project up around the room and invite the entire community in to come and look at those projects they’ve developed over the course of the month. At this point, we have partnered up with some of the business people in the community who were judges in the first round.”

Jon Knight, Curt Whitesell, Chad Huff, Chris Woodard, Ben Davis, Sam Milligan and Ben Hoffman served as judges for the first round. Students received suggestions for their projects and will refine them prior to the science fair event.

Todd Irwin, Dave Mueller and Gary Brackett will serve as judges for the second round.

“I wanted to get local business people involved because I wanted it to feel like a more authentic, real-world experience for students,” Bruns said.

“It was all over the map,” Bruns said. “The other reason I want this is I want students to start to think ideas that they develop now are potentially ideas they’ll be working on later in their lives as well. I want them to refine what it is that they’re passionate about and figure out what that thing really is.”

An attorney sits in whenever the students present to protect the students’ rights when it comes to their business pitches.

The science fair will be at 7 p.m. March 23 in the learning center at Westfield High School, 18250 N. Union St. Members of the public will be able to browse the students’ ideas. A ceremony will occur the following day at 7 p.m. in the high school auditorium where judges will choose the winning student. The winner receives a cash prize. Refreshments will be available.