Kelly Corcoran will get a unique opportunity. 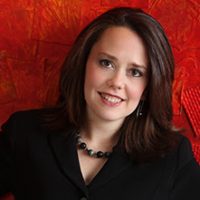 Corcoran, one of three finalists for the position of Carmel Symphony Orchestra music director, will be a guest conductor for CSO’s “Tchaikovsky & Strauss” at 7:30 p.m. March 11 at the Palladium in Carmel.

“It’s a great opportunity to work with the orchestra and get to know the players,” Corcoran said. “The community is a wonderful place with a great support of music. Of course, (the Palladium) is a beautiful venue with great acoustics. I’ve actually performed in it before when I was in the national symphony.”

Corcoran, 39, serves as artistic director of Intersection, a contemporary music ensemble based in Nashville, Tenn., and does some guest conducting. She previously conducted the Nashville Symphony for nine seasons both as associate conductor and director of the Symphony Chorus. She founded the Nashville Philharmonic Orchestra.

The position became open when David Bowden’s contract was not renewed. The CSO orchestra members will vote for their choice of a new music director at the conclusion of the 2016-17 season.

“For me as a conductor, when you are the music director of an orchestra it’s a wonderful opportunity to really invest in a community and to grow an orchestra long-term in terms of artistic vision, impact and partnerships,” said Corcoran, who has a master’s degree in instrumental conducting from Indiana University. “When you are guest conducting you only come in for one week or whatever it might be. When you are music director, you have such a significant impact on the art ecosystem in that community. It’s a wonderful opportunity. I’m looking for a place where I can serve in that capacity with an orchestra. To be one of the three people considered for that job is a great honor.”

Corcoran said she is passionate about music education. She said she supports “the concept that classical music is for everyone to experience and enjoy.”

The concert program was previously set, but Corcoran made one addition.

“I think it’s a great program. Obviously, Tchaikovsky has incredible work. The Elgar (piece) is one audiences aren’t as familiar with. The Strauss will be great. I added the Mozart (piece) in because of the contrast of periods, being more classical earlier work. It’s very light and rhythmic and upbeat.”