You are at:Home»Current in Zionsville»Childhood poverty rate drops in Boone County

The Indiana Youth Institute released its 2017 KIDS COUNT in Indiana Data Book on Feb. 27. Among its findings are that Hoosier children are more likely to be victims of poverty and maltreatment than their peers nationally. It also states that Indiana teens report higher levels of dating violence and suicidal ideation than in many other states. 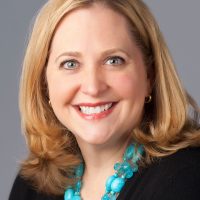 “The success of our state is directly connected to the well-being of our children,” stated Tami Silverman, IYI president and CEO, in a press release. “All of our children, regardless of their circumstances, deserve a safe, productive environment where they can learn, grow and thrive. Indiana can and should be a great place to grow up – and we need to keep working to make this a reality for all Hoosier kids.”

In Boone County, 7.4 percent of children live in poverty, a one percent drop from the previous year. The state average is 20.4 percent. Hamilton County came in lowest, at 5.2 percent, and Delaware County ranked highest at 31.2 percent.

The 2017 KIDS COUNT in Indiana Data Book from the Indiana Youth Institute compiles data from hundreds of national and statewide sources to paint a picture of what it’s like to be a child in the Hoosier state.

Other issues highlighted in this year’s Data Book include:

• The number of youth homicides (ages 1-19) continues to increase.

• Indiana’s rate of school bullying has fallen below national levels.

• Indiana’s number of homeless students decreased for the first time since 2006.

• A greater percentage of Indiana’s teens are enrolled in school and/or in the labor force than in the previous year.

• A greater percentage of full-time college students are earning their degrees on time compared to previous years.