You are at:Home»Current in Carmel»Carmel Community»Alumni trying to save Saint Joseph’s College

Financial problems have left Saint Joseph’s College in Rensselaer in danger of closing, but one Carmel woman is doing what she can to prevent that from happening. 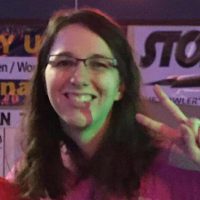 Lisa Mayer, a 2010 Saint Joseph’s graduate, has joined fellow alumni, students, faculty members and others in an effort to help save the college. They launched the “Involved for Life” fund Feb. 14 to try and raise $20 million by April 1. In its first week, the group raised $226,030.

The college temporarily suspended operations Feb. 3. Mayer said the group is not only trying to save the college, but is also trying to rescue the 200 jobs, 900 current students and the economy in Rensselaer.

“I think we all have a duty to care about each other. There’s a lot more at stake than just a college closing,” Mayer said. “This is a really good way to show compassion and care for people who are suffering.”

Mayer has shown her support by spreading the word about the Involved for Life fund, connecting with fellow alumni and collecting donations. She is also selling her novel, “The Aletheian Journeys: The Arrow Bringer,” with a majority of the proceeds going toward the fund.

Mayer said Saint Joseph’s is where she met her husband and started her career. The  school accepted her when her high school performance was less than stellar.

“It’s a mission for them. It’s a school that takes students that might not have received an education,” Mayer said. “I grew a lot there as a person. I became a better person there. It’s something really special that we’re in danger of losing.”

If the Involved for Life fund is unable to meet its goal of $20 million by April 1, all of the donations will be refunded. But Mayer believes, with the help of the community, they will be able to save Saint Joseph’s.

“It’s a nightmare situation, and they need our help. And we can do it,” Mayer said. “This is our chance to be a hero and be a part of something pretty miraculous.”

For information or to donate, visit involvedforlife.net.

Chick-fil-A, 3802 E. 82nd St., will donate 20 percent of proceeds to the Involved for Life fund March 11 when customers mention the Spirity Day fundraiser.