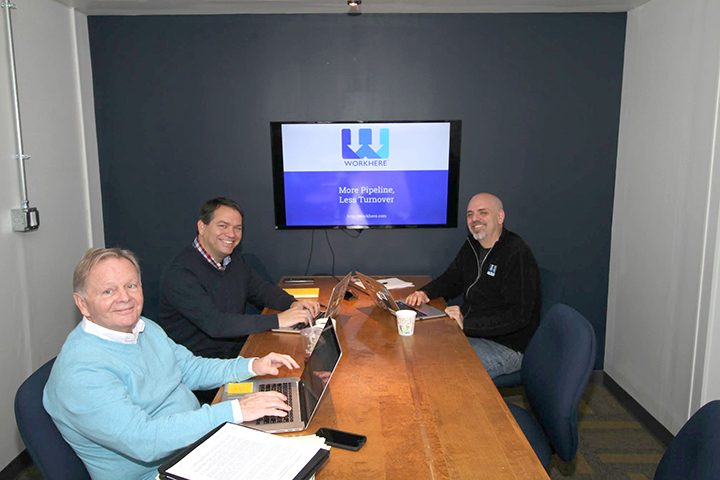 WorkHere exists to connect local workers with local jobs, and it will soon add 161 new employees as it plans a major expansion.

The Carmel-based company offers a job search app that will expand operations into 15 metro areas, including Chicago and Cincinnati, within the next 12 months. WorkHere plans to do its hiring during the next five years.

“Online job boards were first developed in Indiana, and we are proud to continue this trend by expanding WorkHere’s operations here while sharing the state’s innovations across the country,” Mike Seidle, co-founder and chief operating officer of WorkHere, stated in a press release.

The hyper-local work/life social network utilizes GPS to connect workers with nearby employers.  WorkHere has more than 36,000 users in Indiana and adds 200-500 new Hoosier users each day.

WorkHere, launched in April 2016 in Zionsville’s zWORKS co-working space, will hire positions in software development, user experience, marketing, business development and sales with an average salary of $21.21 per hour. All openings can be found on the WorkHere app.

“Across the state, Indiana companies like WorkHere are developing new technologies to solve 21st century challenges,” Indiana Secretary of Commerce Jim Schellinger stated in a press release. “In the central region, tech firms are adding new jobs at more than twice the speed of the U.S. average thanks to the great minds and dedication of Hoosier innovators. Over the next 10 years, Indiana will invest $1 billion in innovation and entrepreneurship to help fuel startup and scale-up firms like WorkHere to help take the Hoosier economy to the next level.”