You are at:Home»Current in Zionsville»Boone County Voices for Change event explores impact of gerrymandering 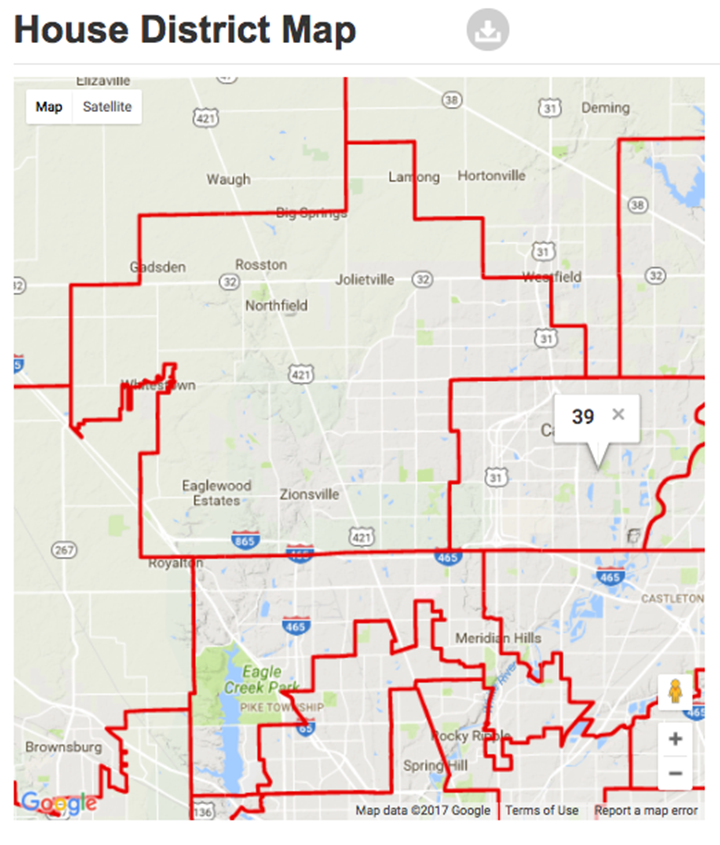 (Maps courtesy of the Indiana General Assembly and can be found at iga.in.gov.)

Dozens of people gathered in Zionsville Feb. 22 to learn about gerrymandering, its impact on voters and what can be done about it. 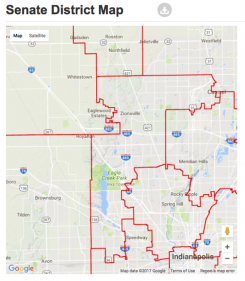 (Maps courtesy of the Indiana General Assembly and can be found at iga.in.gov.)

The Hussey-Mayfield Memorial Public Library hosted the informational event, organized by Boone County Voices for Change. Julia Vaughn, policy director of Common Cause Indiana, explained the issue, spoke about House Bill 1014 and showed a clip from the 2010 documentary “Gerrymandering.”

Gerrymandering is the practice of manipulating boundaries of an electoral constituency to favor one party or class. It has been practiced in Indiana by both Republicans and Democrats since the 1960s, according to Vaughn. The purpose for redistricting every 10 years is to even out the population in all districts.

HB1014 was recently denied a rehearing by the chairman of the Indiana House Elections and Apportionment Committee, Rep. Milo Smith (R-Columbus), and will not continue through the Legislature. It proposed creating an independent committee that would recommend plans to redraw General Assembly districts and Congressional districts, thereby taking the act of district redrawing out of the hands of politicians. 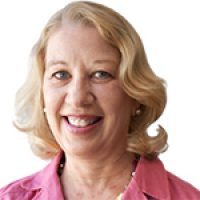 The impact on voters, Vaughn explained, is that many people end up feeling unrepresented. Other impacts discussed were legislators running unopposed, radically different communities becoming grouped in the same district and the passing of controversial bills that do not represent the opinion of the majority of Indiana citizens.

The solution that Common Cause proposes is in line with the independent committee proposed in HB1014. Common Cause recommends following California’s model for redistricting. It has a 14-member commission comprised of five Republicans, five Democrats and four Independents who are chosen through a lengthy application and voting process.

“The beauty of this process is that it’s competitive, and the Legislature has almost nothing to do with it,” Vaughn said.

“The thing is, it’s the voters’ district,” Vaughn said. “Shouldn’t we play a bigger role in who we get to be grouped with?”