You are at:Home»Current in Zionsville»Zionsville High School grad withdraws from consideration to be Navy secretary

Philip Bilden, a Zionsville High School graduate, has withdrawn from consideration to be secretary of the U.S. Navy. 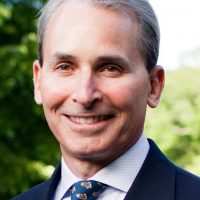 Secretary of Defense Jim Mattis stated Feb. 26 that Bilden made the “difficult decision” based on “privacy concerns and significant challenges he faced in separating himself from his business interests.”

He recently retired as a co-founding member and senior advisor of HarbourVest Partners, LLC, a global private equity investment management firm. He serves on several boards for non-profit organizations.

President Donald Trump announced Jan. 25 that he planned to nominate Bilden as the 76th Secretary of the Navy. Mattis stated that he plans to make a new recommendation to Trump for the post in the coming days.