You are at:Home»Current in Fishers»Fourth annual Hope for Human Trafficking to raise awareness

Human trafficking is the second largest criminal industry in the world, according to the Indiana Attorney General’s Office.  A local event plans to raise awareness and prevent the crimes from happening. 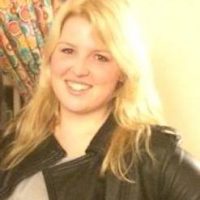 The fourth annual Hope for Human Trafficking event will be held from 10 a.m. to 3 p.m. March 4 at Christ the Savior Lutheran Church in Fishers. The event was created by Lauren Baney when she was a student at Ball State University.

“My freshman year at Ball State, I was invited to hear a speaker. It was someone from the International Justice Mission talking about human trafficking,” Baney said. “I was unbelievably shocked. I had never heard of it. That summer I worked at a summer camp where I was working with girls ages 12-14, which is the same average age of human trafficking victims here in the United States. I felt like it was no coincidence. I felt like this was something I was being called to do.”

She began researching to learn as possible much about the issue.

“As I started looking more into the issue, I wanted to do something in Hamilton County. We tend to be in a little bit of our own bubble sometimes,” she said. “We sometimes see this as an issue that doesn’t affect us.”

“People are encouraged to come for the whole day, but we want to meet people where they’re at right now,” Baney said. “Part of the reason we’ve done so many parts in the event is because we want people to have a choose your own adventure-type experience. They can come and learn about this in a way that will be comfortable for them. The events will change hourly. We’ll have a lot of different exhibits.”

The event is free and open to anyone 12 years and older. For more, visit christthesavior.org.