You are at:Home»Current in Zionsville»Zionsville family reflects on living in former library 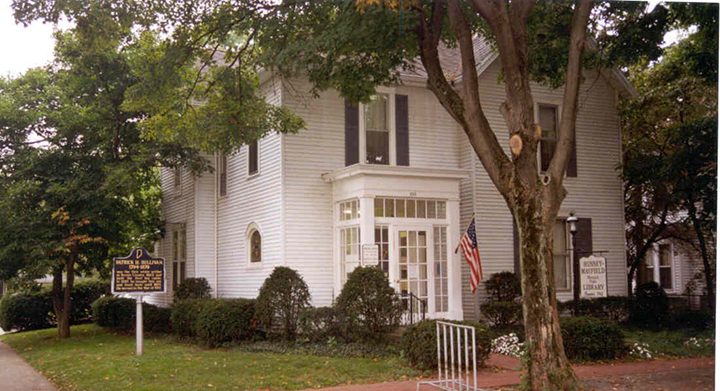 The Diffendal home once served as the Hussey Memorial Library. (Submitted photo)

Not many people can say they’ve lived in a library, but the Diffendal family call the former Hussey Memorial Library location their home.

The Hussey home was donated to the town in 1957 and turned into a library in 1962. When space for more books became an issue, the library moved in 1994 to its current location on Fifth Street. The home was then sold at public auction to Phyllis and Harry Gamage, who restored into a private residence, adding a kitchen, three bathrooms, a family room and a garage. 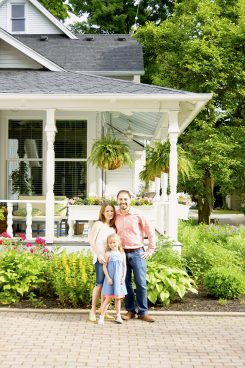 Mike, Alysia and Talia Diffendal pause outside of their home, which was once a library. (Photo by Lisa Price)

When the Diffendals considered purchasing the home three years ago, “we just couldn’t understand how it could have been a library,” said Alysia Diffendal, who moved to Zionsville from Michigan with her husband and daughter. “I certainly had not ever seen a town have a library in a house.”

Most traces of the former library were erased during the initial renovation, but a few bookcases and steel beams in the basement are relics.

“It makes sense because there were thousands of pounds of books on top of them,” Diffendal said. “It’s nice that the new library is in a location that’s still walkable for people in the village to go.

When the family first visited the library, Diffendal told her daughter “some of these books were once in our house.”

Passersby often stop by to reminisce about the home.

“The outside looks so similar to folks,” Diffendal said. “They probably envision the inside of it still covered with books.”

Old library photographs show a historical marker that once was in front of the former library but is no longer on the property.

“I want to know where that went,” she said. “That would be awesome to have.”