You are at:Home»Current in Fishers»Opinion: Acceptance and respect starts at home

According to the US Census Bureau from 2015 about 9 percent of Fisher’s population is foreign born persons. Over 9.4 percent population in Fishers speaks language other than English at home. Behind these numbers are real people living in subdivisions of Fishers, immigrants from Vietnam, Bosnia, Libya, Mexico, India, Turkey, Somalia, just to name the few, and we all call this city our home.  There are churches, mosques, temples around the town where we worship in different languages. One can only imagine the richness of customs, traditions and holidays celebrated in those homes around the city.  How much is really known about the members of immigrant community in Fishers? Do we really understand each other’s customs, traditions, religions? Do we care? Should we care? 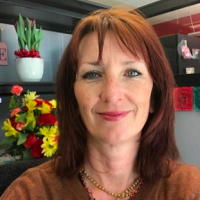 Often times people fear or tend to miss-judge what they do not understand and that can create the disparity.  These days, as bigoted rhetoric seeps down from the highest office of this nation, members of immigrant community, especially Muslim community, are nervous and feeling misunderstood. Community leaders may be taking steps to make sure the issues important to immigrants are addressed in governmental bodies of the city.  I certainly hope so…But our newspapers, our libraries, city blogs, our community events, should be celebrating diversity of peoples in Fishers through stories and events. In the times when the whole country was roaring against and writing about Muslim Ban, local newspapers were writing about circus memorabilia. Great stories can be written about all of us. These stories will reveal that, while our homes may be adorned with carpets from distant homelands, and our food may appear exotic, our struggles and pleasures are the same – complaining about what seems as never ending construction zone around the town or being excited for having Ikea built in our neighborhood. Our community development is supported by the money coming from a Bosnian immigrant living in Fishers along with the money from the second generation Hoosier living in Fishers. It is important to say that it is ok that we don’t look the same, practice the same religion, or speak the same language in order to be considered member of community.  Our differences can only enhance our lives and make our community even better. Ikea will make sure that our homes at least look the same.

Amna Tokmo is the Quality Manager at a clinical engineering company in Indianapolis. She is a native of Bosnia and Herzegovina and came as a refugee to the US in the early 90s with her family to escape the war in the Balkans. She later became a citizen. She is a resident of Fishers and can be reached at atokmo@gmail.com or via Twitter @TokmoAmna.