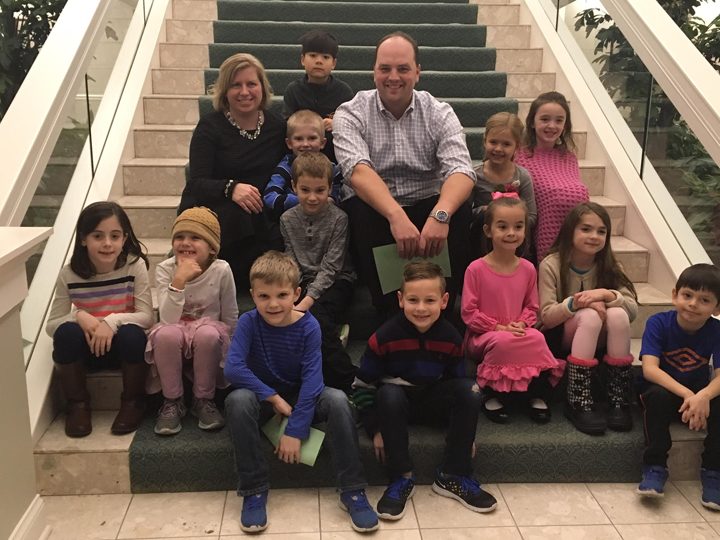 “My class was studying communities and the important parts of them. I had the kids create an advertisement in which they researched the (City) of Fishers,” Beck said. “They collected pictures and artifacts from the area. Then they took those big ideas, and they created advertisements to share with the people of Fishers the things that were important to them.”

Beck was so impressed with her students’ hard work she thought others in the community also would like to see the exhibit.

“I thought it would be great for the Fishers (City) Hall, because I know we have lots of people that are moving to Fishers,” she said. “I know that the schools, education and family are very important to those people. I thought it would be nice if they could have some ideas about our community through the eyes of a child, the things that are important to the children and the parts of the community they enjoy the most.”

Fishers City Hall hosted the exhibit Jan. 18 for the students, their families and the community. Mayor Scott Fadness stopped by the for event.

Beck also reached to the Hamilton East Public Library in Fishers, and it will host the exhibit for one month.

Students received more than just a learning experience from the project.

“This was a really good opportunity for them to realize their ideas and opinions do matter, not only to the people in our community but also to new people who would be coming to our community so they could learn more about Fishers and be excited to live there,” Beck said.