You are at:Home»Current in Carmel»Carmel Community»Carmel City Council first in Indiana to pass climate resilience and recovery resolution 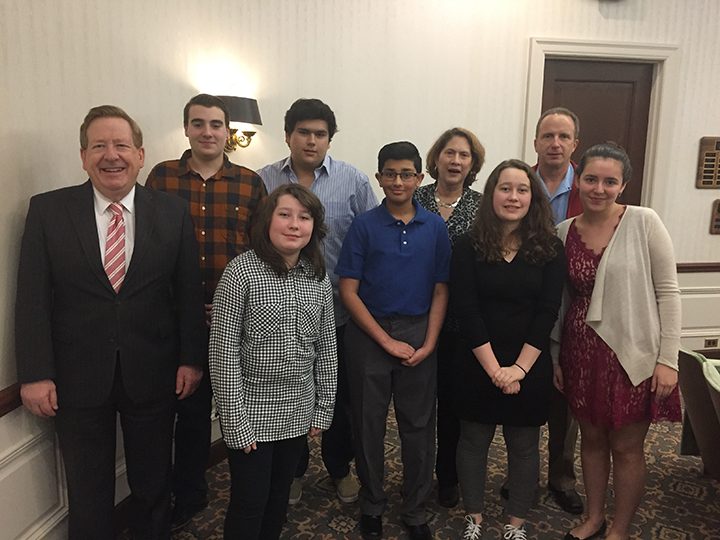 Carmel is making history in Indiana when it comes to climate change.

On Feb. 20, the city council made Carmel the first municipality in the state to pass a climate resilience and recovery resolution.

Supporters of the Carmel Green Initiative and the Carmel Promise Project had spoken up about this issue and ultimately worked with the council to draft a resolution that will help the city continue along its current environmental efforts. There are voluntary goals in the ordinance for the city to reduce its carbon emissions from 2016 levels “in a manner that is prudent, properly funded (and) well documented.”

The city will also create a climate action plan to obtain baseline measurements of citywide emissions. The city may also appoint a commission of business, faith, youth and community leaders to monitor progress and consult with elected officials. Six students who were involved with the Carmel Promise Project spoke at the Feb. 20 meeting in favor of the resolution.

“The purpose of the resolution is to reduce carbon emissions, increase energy efficiency and renewable energy use in order to create a climate change-resilient City of Carmel that will protect the children and grandchildren of this community,” said Leslie Webb, president of the Carmel Green Initiative.

The City-County Council in Indianapolis is considering a similar resolution that is in committee. Carmel Mayor Jim Brainard said he hopes to have a joint meeting or press event with Indianapolis once that is passed.

“It’s important to go on record stating that we want to improve our environment,” Brainard said. “Every citizen, whether it’s an adult or child, has a right to breathe clean air and drink clean water. It’s a commitment to improve over time. We set some voluntary goals. It’s important to recognize when we save energy we also save money and the City of Carmel has already done many, many things to help the environment and save taxpayers’ money, and this resolution sets even higher goals.”

Environmental efforts by the City of Carmel