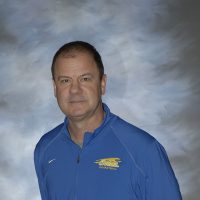 Heady was named the Marian University basketball coach Feb. 16. He will juggle both jobs until Carmel’s season ends.

Heady, 54, will be leaving a team that includes his son, Luke, a sophomore guard.

“I’m really excited and fortunate to be in this position,” said Heady, who led the Greyhounds to Class 4A state titles in 2012 and 2013. “But obviously I’m leaving a great school, a very successful program and the opportunity to coach Luke the next two years. When you really think about everything considered, it wasn’t a difficult decision. (College coaching) is something I thought about doing for a few years. This is the right time and the right place.”

Heady said he is looking forward to watching Luke as a dad in the stands.

“When you are coaching you are so into what you are doing, you don’t think about it,” Heady said. “He’s handled it really well, and it can be tough.”

However, Heady said Luke now won’t have any pressure being the coach’s son and can be like any other player.

Heady replaces Carson Harris, who resigned after two seasons. Heady said he interviewed for the Marian job when Harris was hired.

“I think that’s partly why they called me back,” Heady said. “I think they have everything you need to contend for championships, and that’s the kind of place you want to be. I think there are high expectations there, and you want to be in a place where you have high expectations. There is a tremendous campus and high academic reputation. They play in one of best NAIA basketball leagues in the country.”

“I’ve got a tremendous staff, and they’re helping me out more,” Heady said. “The number one thing is to make sure we’re ready to go, because I think we got a chance to make another (state title) run.”

Heady has been Carmel coach since the 2010-11 season. He was an assistant at Anderson University for two years before coming to Carmel.

“I had been thinking about going the small college coaching route, then but the Carmel job opened up and I feel like this is the top job in Indiana,” Heady said. “When you think about all the things that go into it and what you would consider, it’s got to be one of best high school basketball jobs in the country. I’ll miss the people here and the type of kids we are fortunate to coach.”

Prior to Anderson University, he had coached Warren Central and Connersville. He had been a Carmel assistant coach under his father, Bob Heady.