You are at:Home»Current in Westfield»Remembering Al Jarreau (1940-2017) 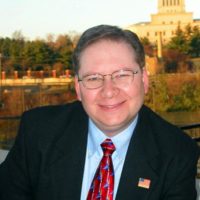 Long before I had the tremendous opportunity to interview Jazz, R&B, and Pop legend Al Jarreau, I was a fan of his musical genius. My favorite Al Jarreau albums are “Jarreau” (1983) and “High Crime” (1984). While maintaining a vigorous performing schedule through 2016, Jarreau left it all on stage for his fans. I attended two Al Jarreau concerts, the most recent, with my wife, in 2014 at the Palladium in Carmel. It was after that performance where I last spoke with Jarreau. Between that and the interview, which was a three-part conversation over three separate days, Jarreau was a genuine delight – positive and upbeat, even when discussing challenges he faced. Jarreau died Feb. 12, exactly one month prior to his 77th birthday, in Los Angeles. What follows is my 2004 interview with the man with a mellifluous voice.

One on One with Al Jarreau

An Interview by Sanford D. Horn

Calling Al Jarreau versatile and energetic would be obvious and terribly understated. Yet triteness prevails when attempting to describe the 64-year-old, five time Grammy® winner who, even after surgery in 2000, airplane flights between both coasts, still exudes boundless energy whether discussing his charitable work with Verizon Reads, autographing his latest CD and posing for pictures with a seemingly endless line of fans and well-wishers, or reading to inner-city school children – all of which he accomplished on a recent visit to Washington, DC.

Getting Jarreau to sit down long enough for an interview proved challenging enough, but well worth the effort, following an appearance he made at a Borders bookstore in the nation’s capital on Tuesday, Aug. 24. During his appearance, Jarreau, a crossover legend in the musical genres of Jazz, Rhythm & Blues, and Pop, entertained a group of nearly 100 with stories, impromptu scats, and his sense of humor.

Al Jarreau’s sense of humor proved evident before taking his seat at the front of the room when he introduced himself as “General Colin Powell,” referring to the current Secretary of State. But before long, the Milwaukee, WI native and classic car collector – owning a 1949 Cadillac, for example – talked about some of his early song challenges in the music business.

“Mornin’ was a challenge with the long held note in [the lyric]‘Touching the face of G-d,’” said Jarreau of the popular hit on the 1983 album titled Jarreau. That line, about touching the face of G-d came from the poem High Flight written by World War II flying ace John Gillespie McGee, Jr., said Jarreau, providing a bit of a history lesson to his fans. McGee, an American airman flying for the British Royal Air Force, was killed in action on December 11, 1941 at age 19.

With the song “Blue Rondo a la Turk,” from the 1981 release Breakin’ Away “you have to remember to breathe. It’s a very difficult song to sing – I’ve never done it live,” said Jarreau, as he sang portions of that very song to the approval of the standing room only audience.

“You just did,” came from several audience members.

Jarreau also mentioned how the song “Alonzo,” from the 1980 album This Time “is so rangy. I’m not as high any more – I have more lows,” he said, referring to the range in his voice as he ages. Listening to the several scat offerings he provided that evening, it would be hard to say that Al Jarreau has lost a step in his upbeat lilt.

Jarreau comes by his musical talent honestly, via both parents. “My dad was a singing dude – a preacher with the Seventh Day Adventist Church in Alabama. He gave that throat to my two older brothers singing in the living room,” said Jarreau, who began singing at the age of four. “At age four or five people started smiling – that’s infectious – people pinching cheeks, slobbering over you. I was well into my teens before I began to really listen to the sound of my voice. I’m still getting accustomed to what I sound like as a singer. I’m still realizing what a wonderful instrument this is. I’m still reforming.”

“I sang every chance I had. In the ‘50s I sang with a dance band. I played parties, the Urban League, sororities. I was 15-years-old [earning]$7 for an evening. I was doo-wopping before it was doo-wop,” said Jarreau.

“My mother played piano and organ,” he said, explaining why he couldn’t play those instruments as a child. “You couldn’t get the baseball glove off my hand,” said the one-time aspiring shortstop. “We really thought I had promise. I had serious aspirations,” said Jarreau, a one-time teammate of the late Tommy Aaron at a Milwaukee Braves clinic for 15 to 18 year olds. Tommy Aaron ultimately played a seven-year Major League Baseball career for both the Milwaukee and Atlanta Braves, and was the younger brother of all-time home run king Hank Aaron.

Today, Al Jarreau is still a Braves fan. He also roots for the Dodgers, as he and his wife of 29 years, Susan, live in Southern California. “I like the Brewers in Milwaukee and I would like to see the Bucks do well,” he said, referring to the NBA team in Milwaukee. “I’m just a sentimental sap – I can’t help that.”

Al Jarreau also played basketball and ran cross country. When asked about his basketball prowess at his alma mater Ripon College in Ripon, WI, just west of Oshkosh, the three-year starting college player said, “these legs should not be shown. I never should have played basketball,” he said, despite the scholarship he earned for his hardwood skills. Taking pride in his undergraduate college, Jarreau pointed out that actor Harrison Ford was a classmate, and another actor, Spencer Tracy also claimed Ripon as his alma mater.

After earning his Bachelors of Arts in psychology at Ripon College, Jarreau went on to garner a Master’s degree in vocational rehabilitation at the University of Iowa before moving to San Francisco to practice rehabilitation counseling.

“I fell in love with social work and wanted to help other people – teach – we are responsible for one another – teachers, preachers, doctors, social workers – but I wanted a career in music,” he said.

“I left rehabilitation counseling in 1968 in part because I was not a great counselor. It was not the right setting – working for the state. I was not a quick study or quick with the bureaucratic stuff – good morning, good night in triplicate,” said Jarreau, who remained in San Francisco and met jazz legend George Duke.

In addition to naming Duke as an influence, Jarreau praised Johnny Mathis, Ella Fitzgerald, Billy Eckstein, and Sarah Vaughn. “Can’t leave out Stevie [Wonder], Aretha [Franklin], Sly Stone, Bill Evans on jazz piano, Miles Davis as influential who touch me. Singer, song writer, poet Bob Dylan, Joni Mitchell – important lyricists. I’m a student of John Hendricks from way back. You can hear it in my jazz offerings – the lyrics for ‘Spain,’” said Jarreau, singing a few bars from the song from the This Time album. “Pound for pound the best jazz singer on the planet – bar none. He’s never gotten his due. The heyday, the golden day, is not now,” lamented Jarreau, who named Dizzy Gillespie, John Coltrane, and Herbie Hancock as additional jazz influences.

As much as Al Jarreau has enjoyed performing R&B and Pop, citing “Boogie Down,” from Jarreau as an example, he referred to his latest production, Accentuate the Positive as “the music that taught me to be Al Jarreau. This is music that has personally come out of my heart and soul. I owed this album to the community at large. I promised for 20 years a project of this sort. This is a serious venture into Jazz land. These are jazzy songs in a jazzy kind of manner,” said Jarreau. He added there would be more jazz. “I’m not done – this is chapter one,” also projecting a Big Band album “within the next three years.” He even anticipates an album of Brazilian music.

A Big Band production would add to Jarreau’s versatility as his five American Grammy Awards fall under three categories – Jazz, Pop, and R&B. His first came in 1977 for Best Jazz Vocal Performance, followed a year later by winning the Grammy for Best Jazz Vocalist with his fourth album All Fly Home. Jarreau earned his third and fourth Grammy Awards in 1980 being named Best Male Pop Vocalist and Best Male Jazz Vocalist. In 1992 Jarreau took home Grammy number five – Best R&B Vocal Performance coming on the heels of that year’s release of Heaven and Earth.

Ironically, it was a nomination that did not turn into a Grammy victory for Jarreau that perhaps earned him the most recognition.

“Lee Holder, composer for TV and movies told me that Cybil Sheppard and Bruce Willis liked my music,” said Jarreau of the stars of the popular 1980s program Moonlighting. Jarreau wrote the title theme song specifically for the series. “Oslo, Norway and Djakarta, Indonesia found me because of that song. They never asked me to come on that show,” he said of the two co-stars while offering up one of his special facial expressions.

“I was nominated for a Grammy [for Moonlighting]? Was I? Where’s my nomination plaque,” quipped Jarreau in good humor.

With Al Jarreau’s continued success and recognition, he has become very vocal on the educational and literacy scene and since 2002 has been a Literacy Champion with Verizon Reads.

“Verizon does understand that they are part of the community,” said Jarreau. “We’re giving away 20,000 books to people and kids who wouldn’t ordinarily have them. Doing a good job is more than just having a great bottom line at the end of the fiscal year. We need to figure out how to feed everybody, clothe everybody, and house everybody,” said Jarreau, noting the 92 million Americans who are illiterate or “reading just barely at the sixth grade reading level or below. They can’t read a bedtime story to their kids. They can’t read a map to get cross town. They can’t fill out a job application. I’m spreading the word. Let’s get back to reading.”

Al Jarreau understands the benefits of reading from personal experience. “I had an academic scholarship, but I lost it. I was not ready for that setting – high standards. My basketball scholarship helped me get through. Some of my professors held my hand,” he said, adding that he had problems reading as a younger child. “My mother got me there. That’s part of why I’m with Verizon. I love teachers and educators,” said Jarreau, noting that he gives CDs to teachers at his concerts.

When Jarreau reminds people to “get back to reading,” he sets an example for them. “I love spy novels. If cosmology were written in as attractive a manner as they are for video, I would read more of that genre. I like reading about the universe – who we are, what we are – star stuff – not Hollywood star stuff,” said Al Jarreau, a man who has been entertaining people globally for decades, yet has his feet firmly planted on the ground.