Emmet Cahill, Irish tenor and primary singer with the Irish show Celtic Thunder, is bringing his debut album to the U.S. He will perform at 7:30 p.m. March 4 at the Ji-Eun Lee Music Academy, 10029 E. 126th St., Fishers. 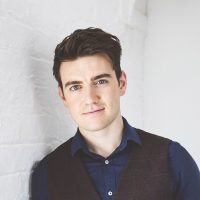 Cahill’s mother and father introduced him to music at a young age by performing together at the Cathedral of Christ the King Church in Mullingar, Ireland and teaching music lessons. Cahill stayed involved with the cathedral as he grew up and received classical training at the Royal Irish Academy of Music in Dublin.

He joined Celtic Thunder six years ago and toured in the U.S., Canada and Australia. Now, Cahill has signed with Sony Music Entertainment and is touring to promote his debut album, “Emmet Cahill’s Ireland,” which will be released Feb. 24. The album features 11 classic Irish songs that have been passed down from generation-to-generation.

“What I’m trying to do is bring people back to their childhood,” he said. “There’s nothing like a song to bring back a memory.”

Cahill said Irish music resonates with so many people because it speaks of family and a sense of belonging, and he wants to emulate that at his concert.

“My show is a show that really appeals to family, young and old. I try to create an evening to give people a bit of an escape and maybe bring them to Ireland for a couple of hours,” he said.

Other than traditional songs, Cahill will also sing Broadway hits, movie favorites and even some opera tunes.

Cahill said meeting and interacting with fans is one of his favorites things to do, so he will offer a meet-and-greet session before the concert at 6 p.m.

Tickets are $45 to include the meet-and-greet, or $30 for general admission. For more, visit emmetcahill.com.