You are at:Home»Current in Westfield»Local Muslims respond to Trump administration’s travel ban 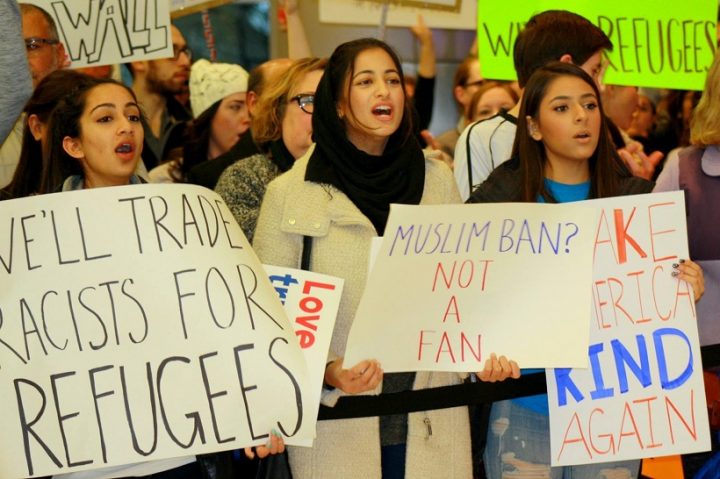 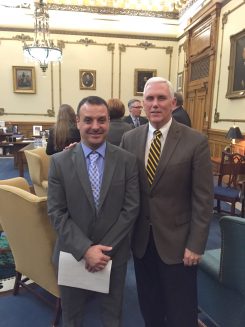 In December 2016, Ali Al-Rawi met then-Gov. Mike Pence when he visited his office to represent refugees in Indiana. Pence had attempted to block aid to Syrian refugees at the state level, but his policy was ruled unconstitutional in court. (Submitted photo)

When Ali Al-Rawi fled the violence in his home country of Iraq in 2007, he joined thousands of other refugees who found safety, support and a fresh start in the U.S.

For years, he’s been working to bring his family to the U.S., too, which he said will “save their lives.” But those efforts came to a sudden halt when President Donald Trump signed an executive order Jan. 27 temporarily suspending refugee admissions and banning people from seven predominantly Muslim nations from entering the U.S. On Feb. 3, a federal judge blocked the ban, but the Trump administration has appealed that ruling.

Al-Rawi’s brother and his family lived as refugees in Syria for five years. When conditions became too dangerous, they moved to Turkey. Now, he doesn’t know if they’ll ever make it to the U.S.

“It’s so bad. I’m waiting for them 10 years,” said Al-Rawi, an Indianapolis resident. “I got (U.S.) citizenship two years ago, and I applied for them. I’m going to be a sponsor for them when they come, find a job for them, buy a car for them, tell them what is the system of life over here, but I think this is just dreams. I can’t make it.”

Al-Rawi is a member of Al Salam, a Muslim community center near 96th Street and Michigan Road that serves residents of Carmel, Zionsville and surrounding areas. He is among the many local Muslims struggling to make sense of the Trump administration’s policies they feel indirectly target their community. 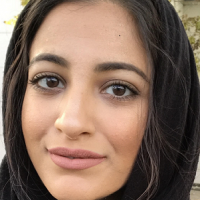 Hera Ashraf, a Carmel resident and member of Al Salam, said Trump is only following through on campaign promises, but much quicker than she expected. Since he signed the order, she said local response has been positive, as strangers have asked about her well-being and what they can do to help.

She was overwhelmed by the show of support at a rally protesting Trump’s travel ban Jan. 29 at the Indianapolis International Airport and believes these types of events are key in responding to the administration.

“The majority of people there weren’t Muslim, so just seeing incidents like this across the country is what’s going to push us forward and get us through this bump in the road,” she said.

Ashhar Madni grew up in the Muslim minority in India, and he said the current anti-Muslim rhetoric is like déjà vu from his time there. The Carmel resident believes Trump signed the orders to assure his base that he’s taking action, but he’s unsure about its impact and effectiveness.

He said the Muslim community must be “more vocal and visible now than ever before” and make a concerted effort to reach out to their neighbors and educate them about their religion. 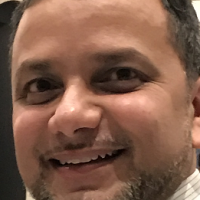 Madni is urging the local Muslim community to write to the Trump administration to outline their response to his policies and explain how the orders are affecting them. Ashraf penned a letter to President Barack Obama in 2016 expressing support after he visited a Baltimore mosque. Not only did she receive a reply, but she was invited to the White House and had the opportunity to shake the president’s hand.

Ashraf doesn’t expect a similar response from Trump, but she is urging Muslims to engage in conversations and answer questions from their neighbors of all political views.

“Now more than ever, both sides need to step out of their comfort zones and really get to know each other’s perspectives,” she said. “That’s the only way we’ll be able to move forward. Otherwise we’ll be stuck in this constant fight.”

Afra Hussain, an Indiana University graduate student who grew up in Carmel, agrees.

“The important thing is to be positive and focus on what unites us rather than what divides us,” she said. “These four years are going to be quite interesting, but it’s better to take them one day at a time. At the end of the day, we’re all still Americans and we all want the best for our country.”