You are at:Home»Current in Carmel»Carmel Community»Furnishing Touch explores mini décor at Museum of Miniatures Houses 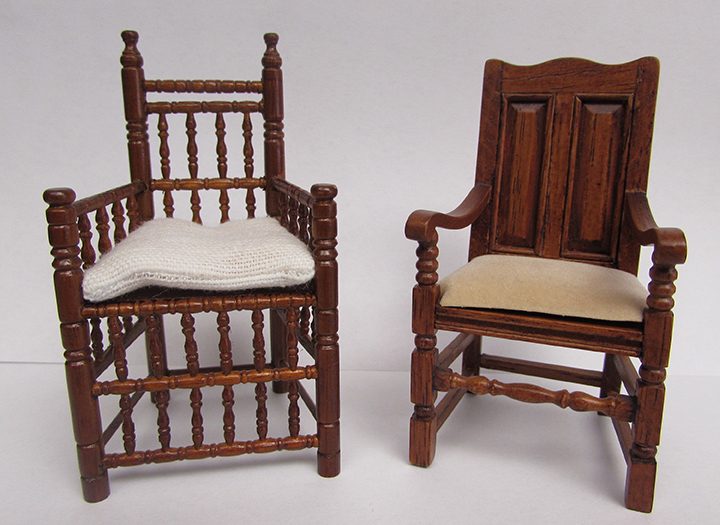 The Furnishing Touch features the history of home furnishings and décor in miniatures. (Submitted photo)

The Museum of Miniature Houses and Other Collections has a new exhibit called “The Furnishing Touch,” which explores the history of home furnishings and decor in miniatures. The exhibit runs through May 28 and was created with the help of an employee.

Executive Director Elaine Mancini said the idea for the exhibit came about as they familiarized new Collections Manager Rachel Tavaras with the museum.

“As we’re going through everything with her fresh eyes, we came to these realizations. We realized we’re all about craftsmanship. We’re all about creativity. We’re all about fine art in miniature. We’re also about history as decorative art,” Mancini said. “We applied for a grant from Indiana Humanities Initiative, which we received.”

The exhibit was created entirely from pieces the museum already owned.

“We were able to pull all of this together from our permanent collection. There is nothing that is borrowed,” Mancini said. “It’s the entire case in our front room. It’s quite a sizable exhibit.”

To complement the exhibit, the museum will host three guest speakers in March and April.

“We’ll be having three guest speakers from Notre Dame, IUPUI and Ball State to talk about furniture in one way or another,” Mancini said. “One (lecture) is about means and production. One is about the Gothic Revival and it’s relationship to the morality movement of the time. Another is the American Empire period.”

Where: The Museum of Miniature Houses and Other Collections, 111 E. Main St., Carmel

Cost: $5 for adults, $3 for children. No cost to attend speaker series.